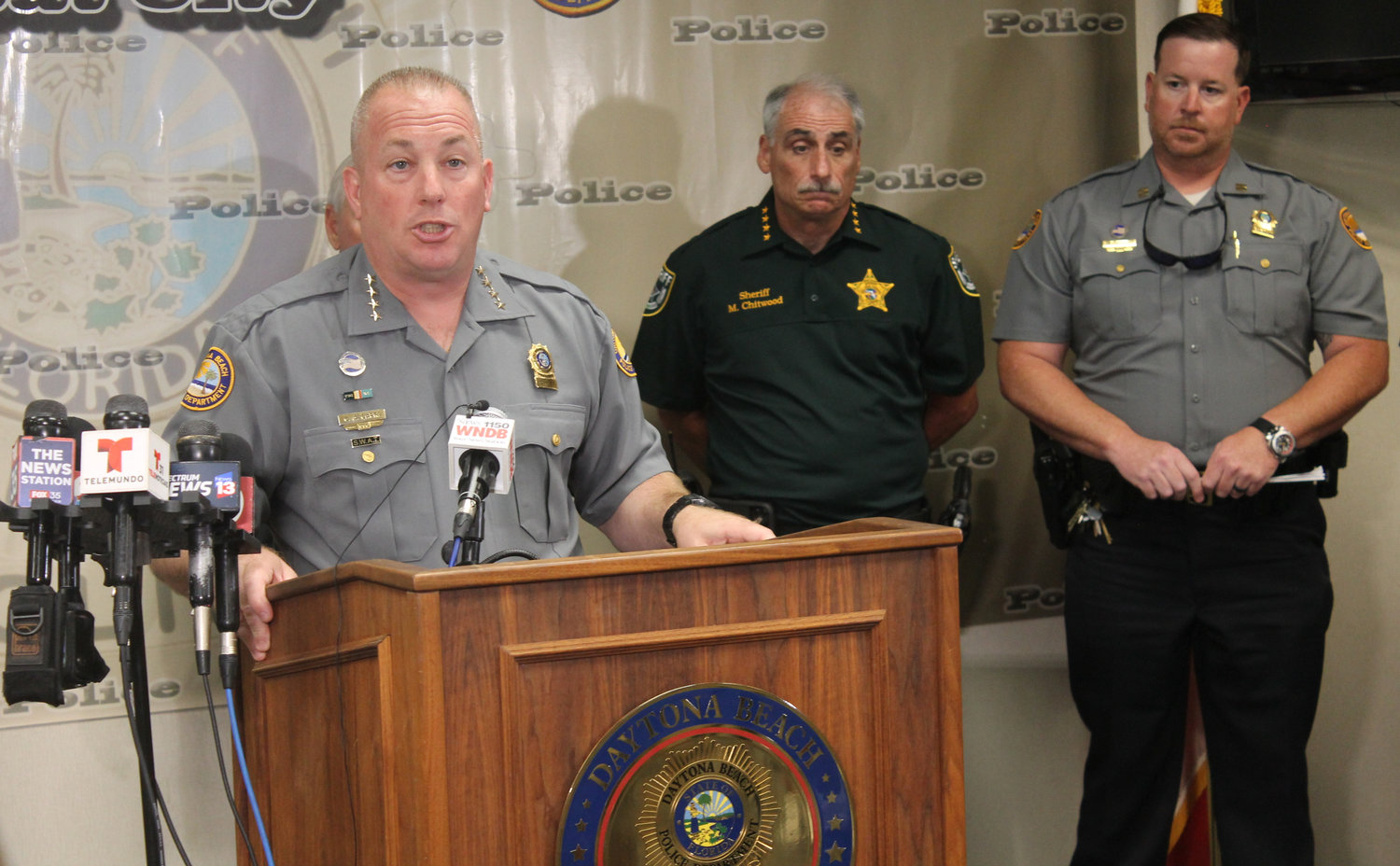 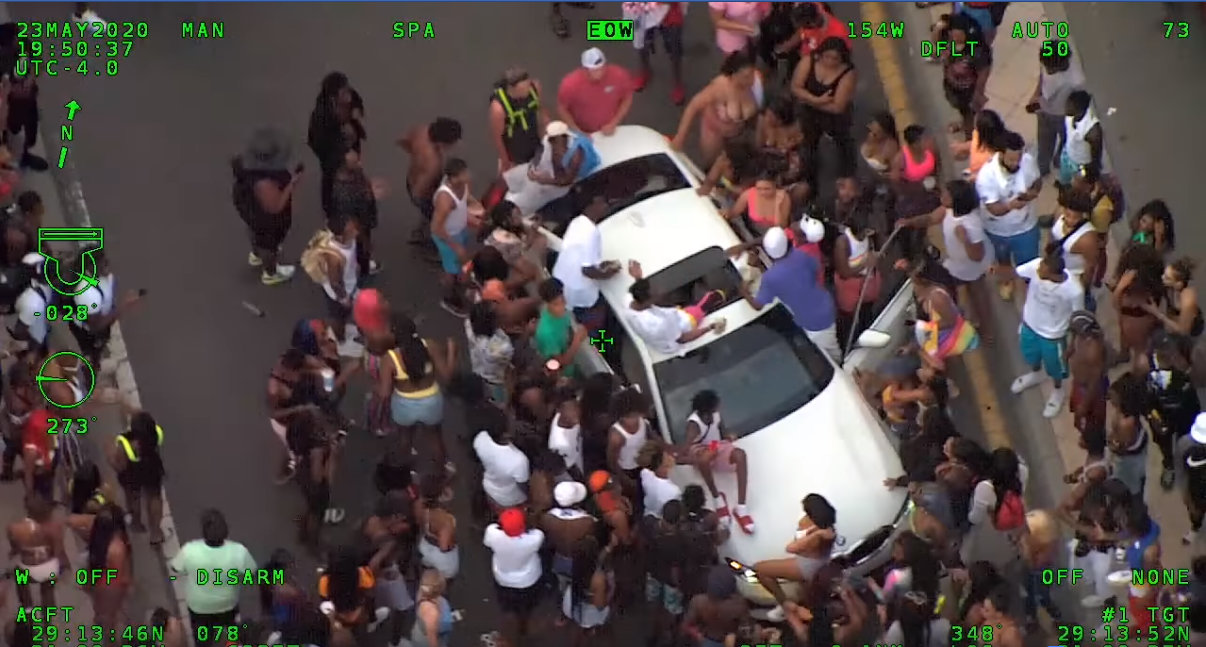 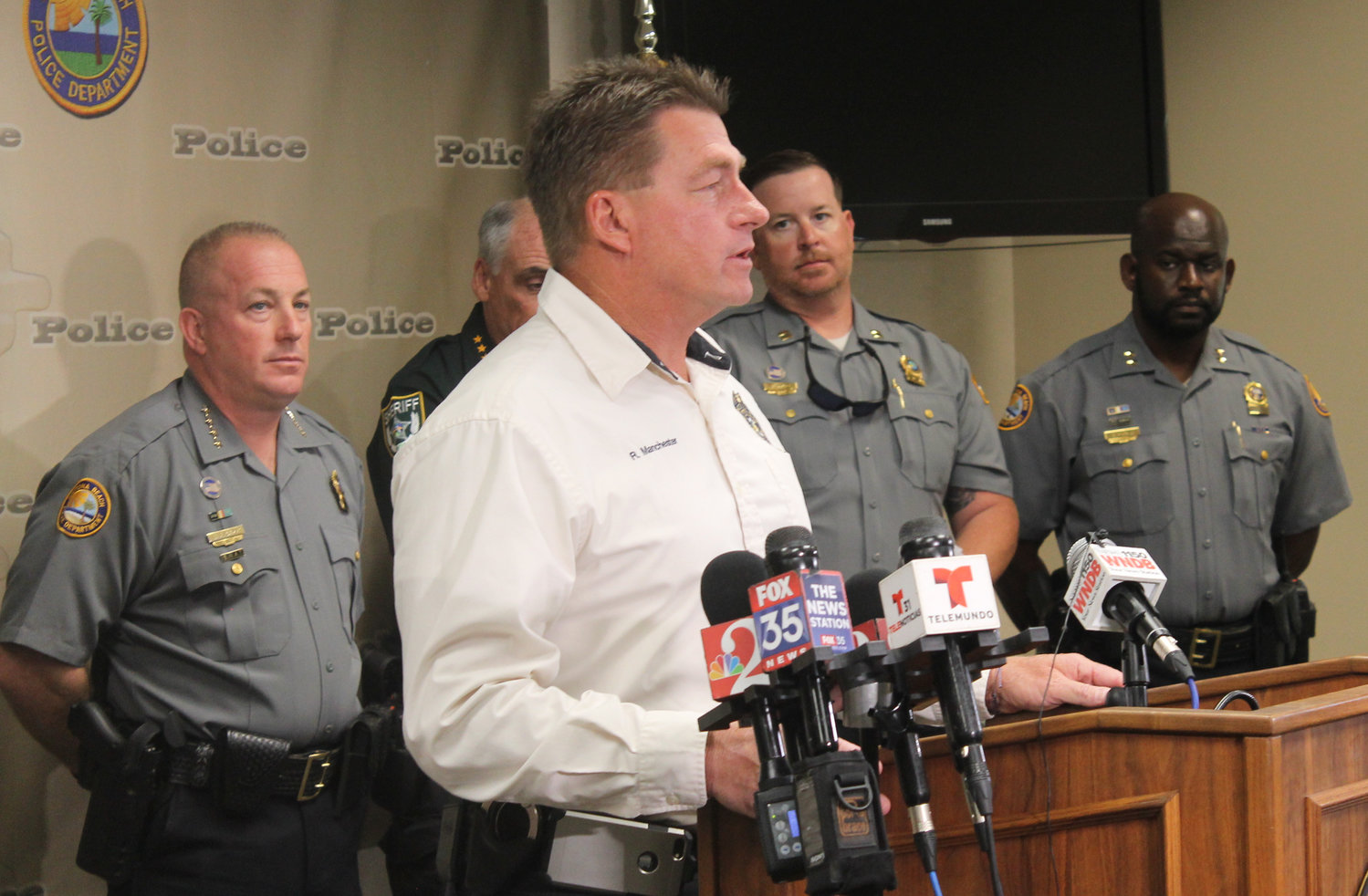 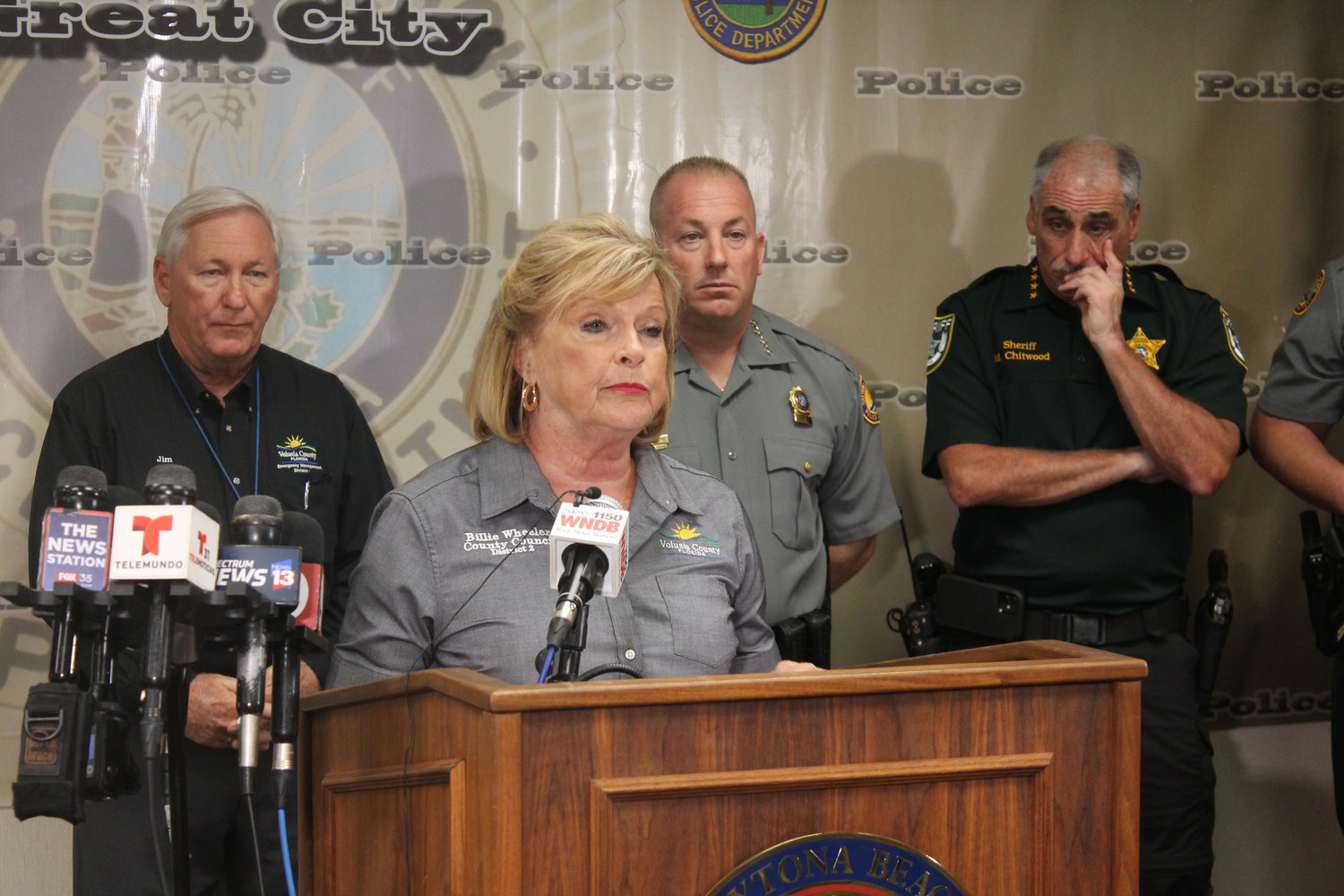 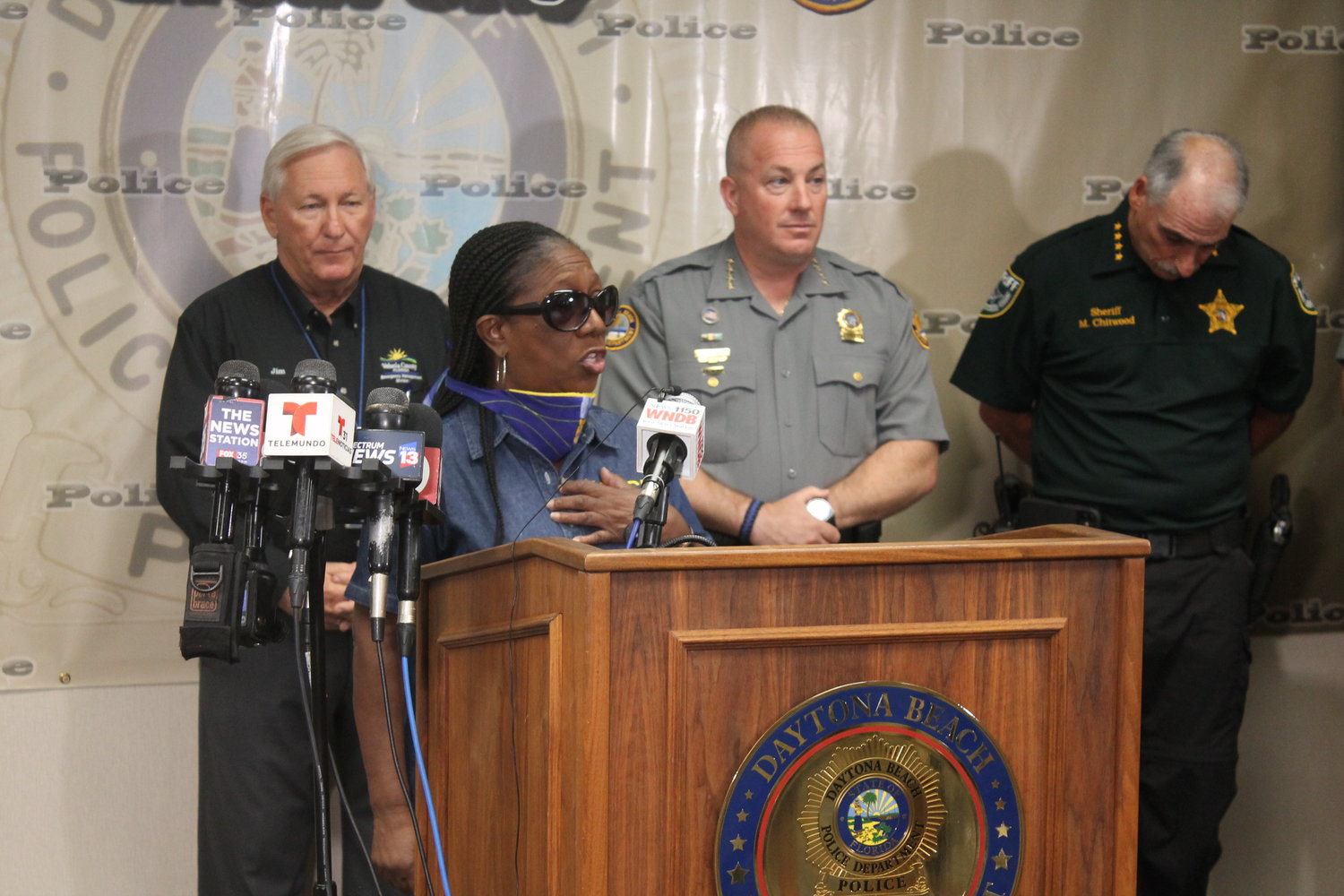 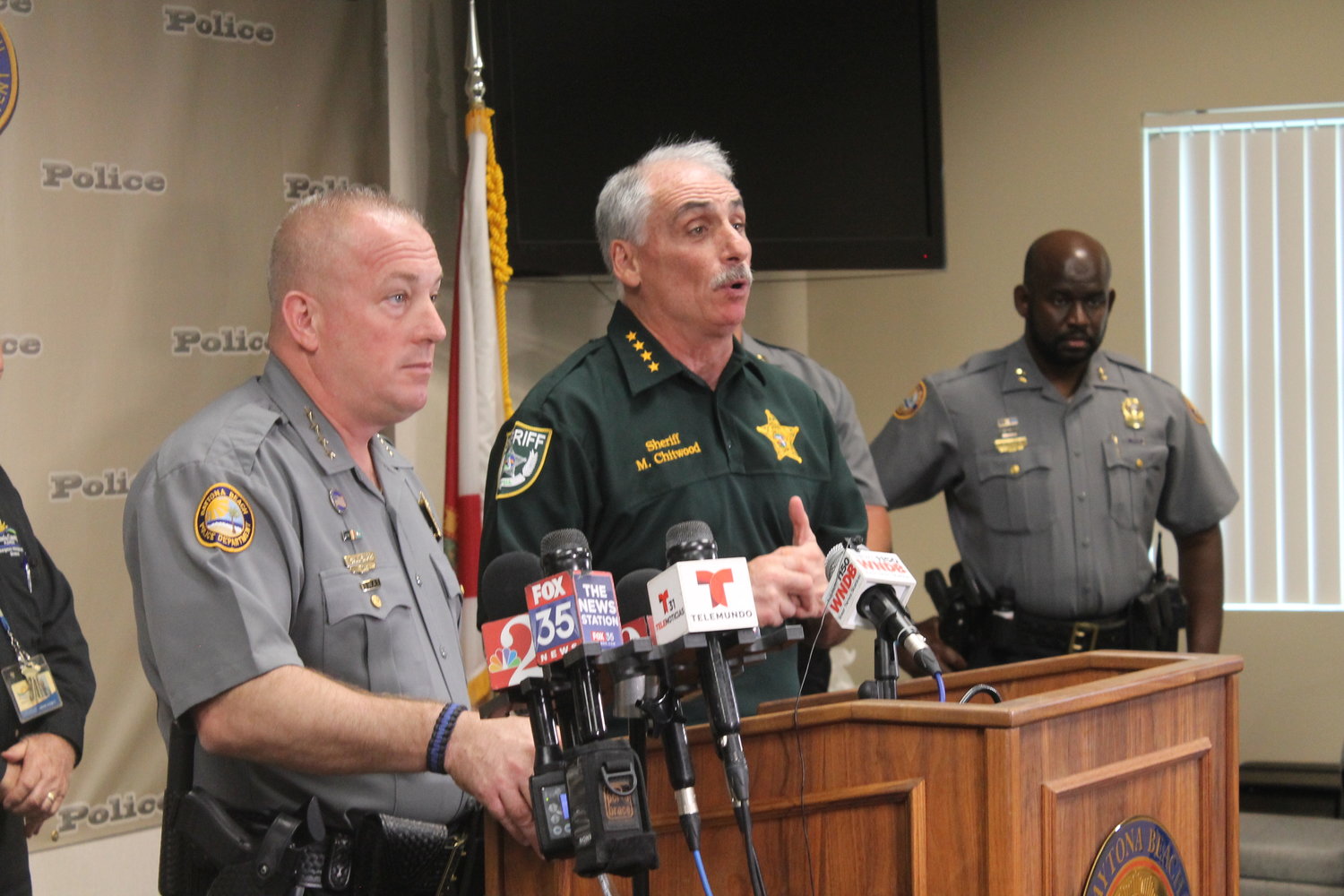 Daytona Beach Police Chief Craig Capri reported that his agency received intelligence last week of a large party planned in the Daytona Beach area supposedly known as "Orlando Invades Daytona." Once they caught wind of the event, Capri said that they reached out to the promoters of the unsanctioned party, who soon cancelled the event.

However, with plans already made and temperatures in the 80s, there was no stopping a large gathering from happening anyway.

With that in mind, Capri said he met with Volusia County Beach Safety and the Volusia Sheriff's Office to come up with a plan and contigency to handle anything that may have come out of the party.

Come the night of the party (May 23rd), things might have seemed busy and out of control on the outside, but Chief Capri said that things were actually under control with a low number of service calls placed in the time between the start of the event to the end, which was around 11:30 that same night.

"We were 'invaded' by people from Miami, Jacksonville, Orlando. If you look at the license plates you could see people from Polk County, Orange County, Seminole County," said Volusia Sheriff Mike Chitwood.

The only major call for service received by Daytona Beach police that night was for a shooting that took place at a nearby 7-11 convenience store that was possibly related to a disturbance connected to the event. Two were injured in that incident but there were no fatalities.

And even with the large crowds and commotion near the boardwalk that night, Ray Manchester, director for Volusia County Beach Safety, said there was still compliance when visitors were asked to move along.

"When crowds started to congregate and get together around the boardwalk, we worked on them and we dispersed them," said Manchester. "We had no problems, everybody was compliant."

Although, not everyone was too compliant that night when it came to keeping the peace.

One incident reported by law enforcement involved reports of a man that was seen from Air One throwing money into the crowd as he sat on top of a white car. The man responsible for that is now being investigated by law enforcement and could face charges once found. Both Chief Capri and Sheriff Chitwood say that they learned his stunt was most likely related to the filming of a rap music video.

Besides safety, law enforcement's biggest challenge that night was routing outbound traffic west and away from the beach, back towards the mainland side of Daytona Beach. Additionally, as traffic moved west away from the beachside, one reader messaged News Daytona Beach that night and said that law enforcement also limited any and all traffic eastbound towards the beachside in the area. Drivers were supposedly asked what kind of business they had on the beachside before being allowed through.

All in all with no fatalities and overall compliance from partygoers, law enforcement partners said it was safe to say that the night was a success. However, one Volusia County council member expressed some opposition to the night as a whole.

"I'm not sure that I would say it was a success," said District 2 councilwoman Billie Wheeler. "Anytime that you get an 'invasion' and it goes through social media there's certain precautions that we have to take.

"We had citizens that were terrorized in their homes," added Wheeler.

The councilwoman claimed that she was in contact with people throughout the night that reported multiple gunshots.

"One person was calling me and while I'm talking to them there were gunshots in the background," commented Wheeler. "If laws are broken when you come, you need to be arrested."

Reportedly, Wheeler heard that one motel in the area had 26 familes supposedly check out this morning (May 24th) as a result of the event.

And Wheeler was not without opposition. Following her comments, Cynthia Slater, president of the Daytona Beach NAACP, called out the councilwoman for her recounting of the night and how she described the event."

"I take offense to what the councilwoman said about the 'invasion,'" said Slater. "Anytime African-Americans come to this town there is no invasion, we have a right to go wherever there is to go in this town."

Slater said her main concern of the night was the number of young people who came into town that were unprepared for the CDC's guidelines previously put into place, which is evident by a lack of PPE seen in some videos released from the night.

Additionally, Slater said she also worked with local law enforcement to ensure the safety of the attendees and residents.

"We worked together on all of this," added Slater. "What happened was an overflow of people that came to Daytona."

$180,000 Proposed to Address Palm Coast's Canal System
PALM COAST - The Palm Coast City Council on Tuesday received their annual strategic plan presentation. One of the key items was a long-running issue on residents' minds - the network of saltwater …