Trevor Tucker Files For School Board Re-Election, Randall Bertrand Hops Back In 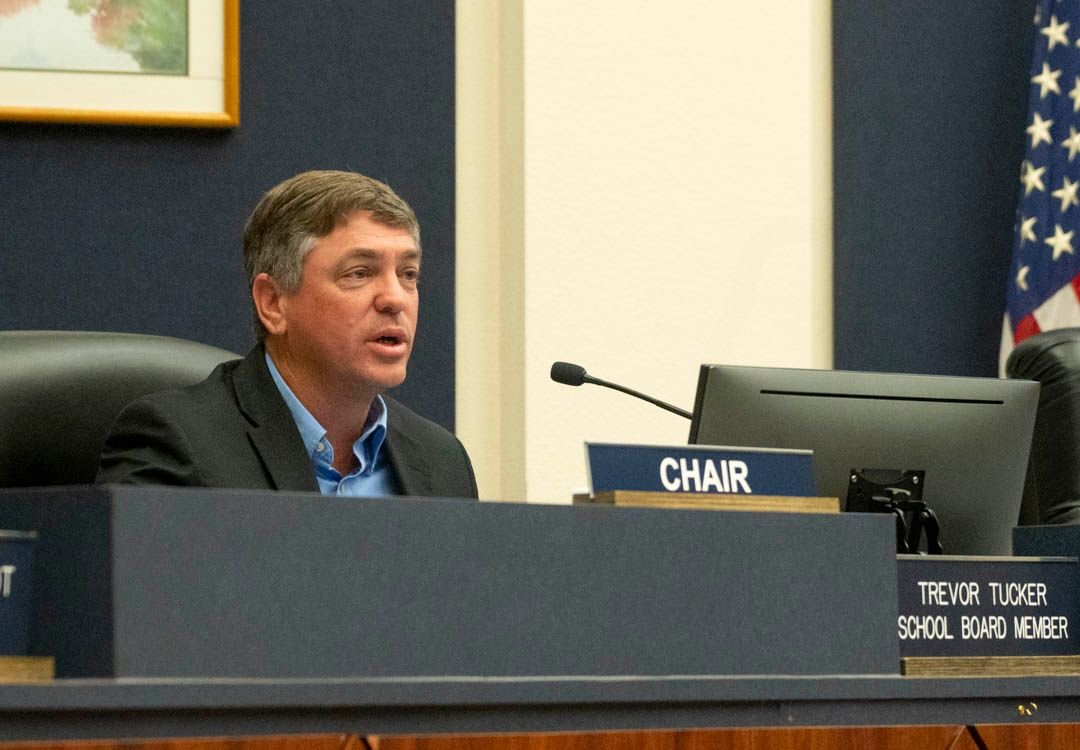 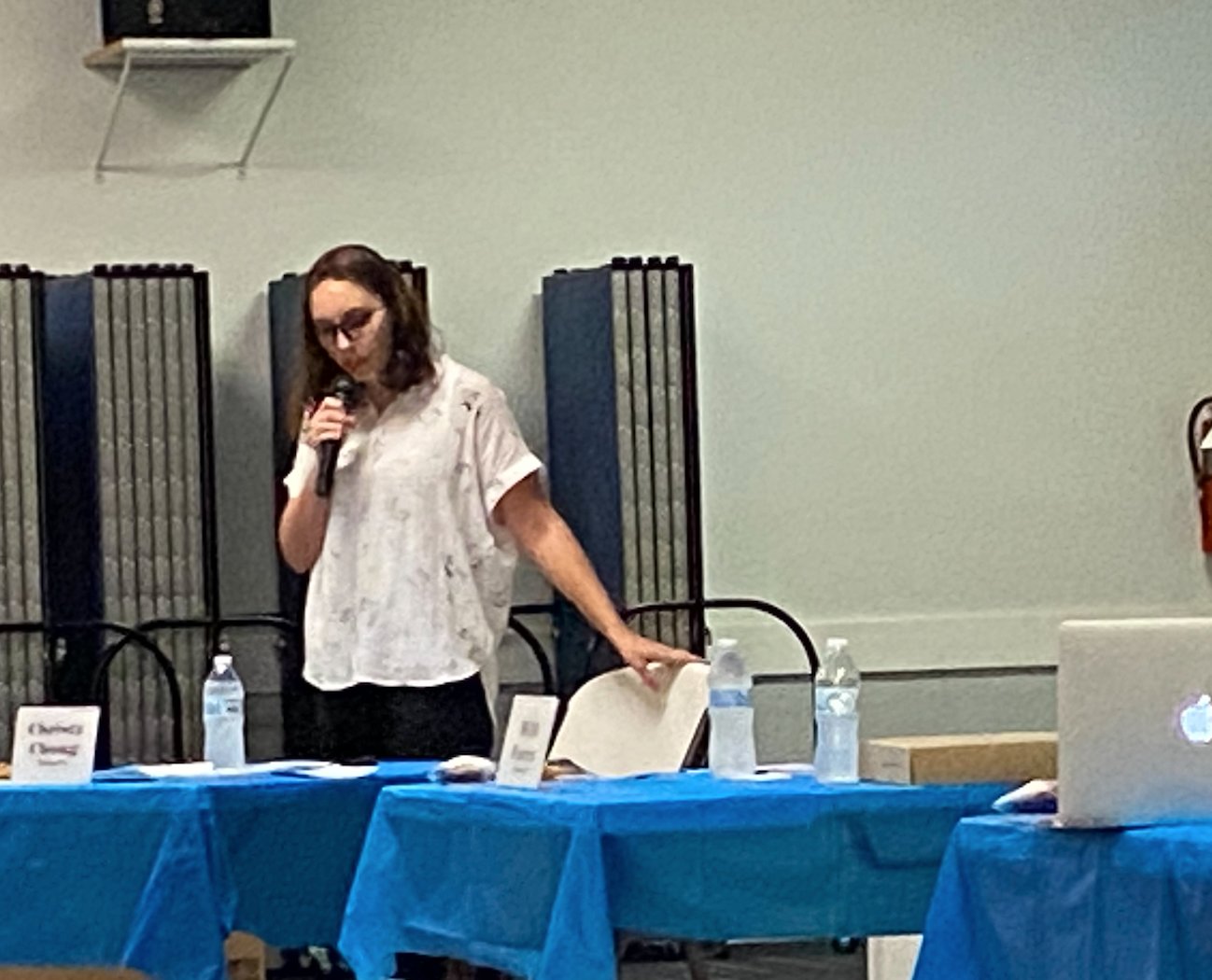 In mere days, the race for the Flagler School Board’s District 4 seat has gone from one candidate to three. Christy Chong, who’d been running unopposed to this point, is now against incumbent Trevor Tucker and challenger Randall Bertrand.

Tucker is a member of the School Board since 2010, and was the subject of speculation as to whether he’d run again. Tucker is the Chair of the School Board, helming the meetings through tumultuous issues such as school mask mandates and explicit library books. His candidate status turned up on the Supervisor of Elections website on Wednesday.

Bertrand is known to the community as a frequent attendee of School Board meetings and an advocate for transgender youth (Bertrand’s own son is transgender). He made headlines in September when Board member Janet McDonald accused him of threatening her life during a meeting, a claim which Bertrand fervently denies. Tape of the incident shows he took a few steps toward the Board, but did not come particularly close.

Bertrand announced his campaign for School Board in 2020, before suspending it months later. Just this week, he made the decision to re-activate the campaign to run against Chong. Tucker was not publicly known to be running again when Bertrand made the announcement. 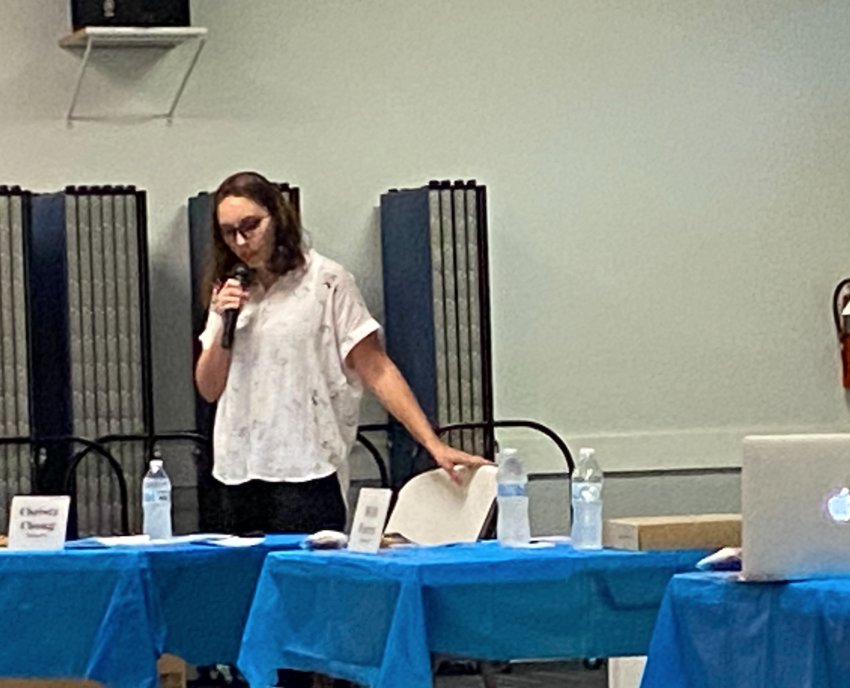 Christy Chong speaks at a candidate forum earlier in April.

Christy Chong is a local mother who has run on principles of parental involvement, school choice, and limited government. At a candidate forum hosted by Moms for Liberty this month, Chong expressed advocacy for parental choice on masks and vaccines.

Tucker himself reflected a similar opinion last year when he voted against multiple forms of school district mask mandates, keeping Colleen Conklin and Cheryl Massaro from forming a majority vote.

Two other candidates were at one point registered for the race: Vinson Xavier and Garrett Decker. Neither did much campaigning before pulling out, but Xavier reported $100,100 in self-made contributions to his campaign, dwarfing any other funding numbers in the 2022 elections.

The School Board candidates don’t align themselves with a political party when they register to run, but they and elected Board members are often associated with one wing or another. Conklin and Massaro have, in practice, made up the more progressive section of the board while McDonald and Jill Woolbright have formed its conservative side. Tucker has often acted as a swing vote of sorts. Of course, these assignments are crude and Board members vote differently from the parameters not infrequently.

These new candidate announcements also have reverberations across other Flagler County races; many speculated Tucker might run against Joe Mullins for a seat on the County Commission, joining a race that also fields Leann Pennington and Jane Genile-Youd. He’d have joined Andy Dance, who made the jump from School Board to County Commission in 2020.