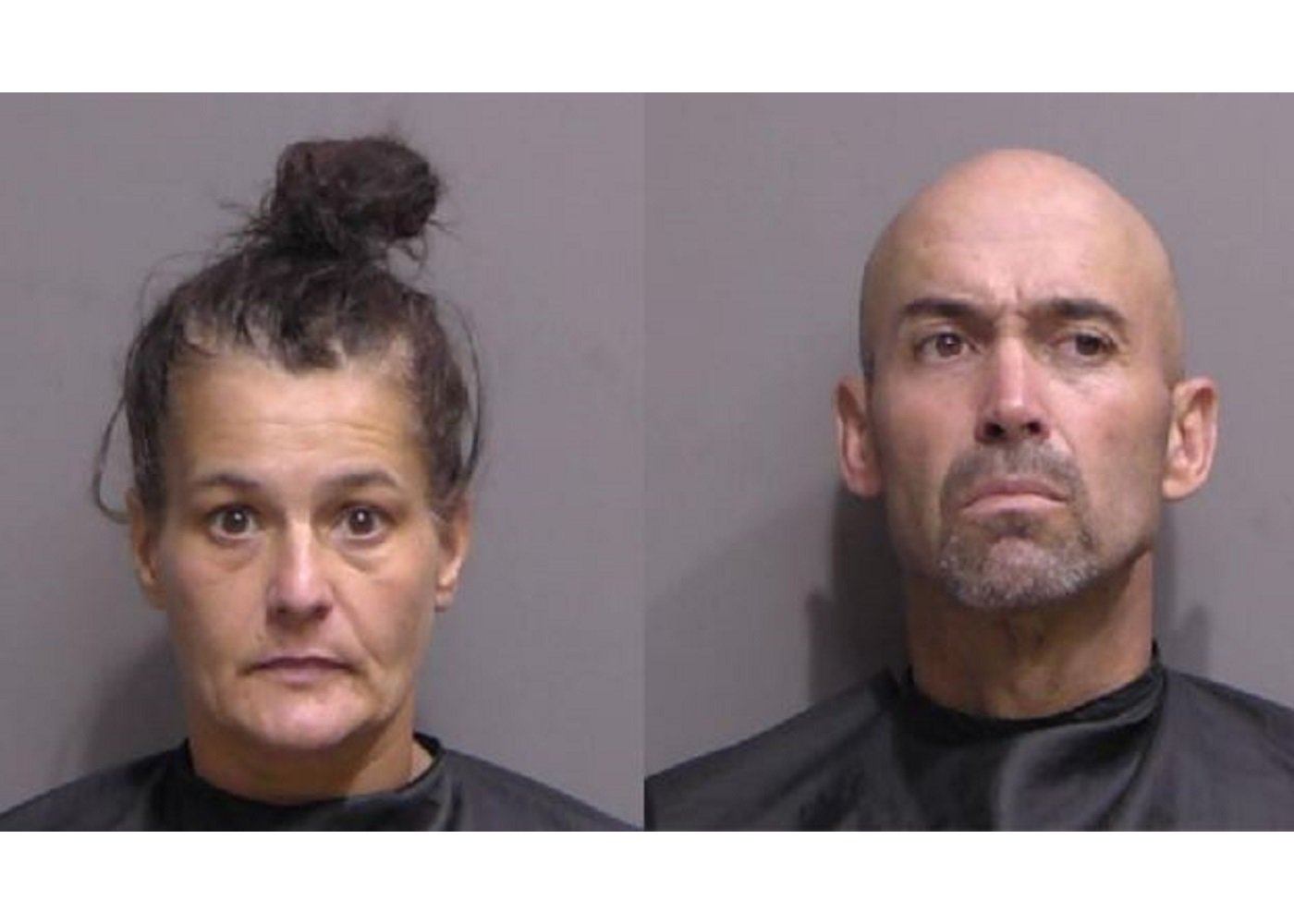 Bunnell, FL - A suspect in a stolen pickup threw items, including a sledge hammer, a large tool box, and assorted tools, at Flagler County Sheriff's Office (FCSO) deputies as they followed the vehicle Monday morning on S. R. 100. They had received a Be On The Lookout (BOLO) for the truck. Shane Hendricks of Jacksonville was behind the wheel when the truck was first spotted. During the pursuit, he climbed into the back of the truck while his passenger, Tammy Pecor got into the driver's seat. Bodycam video of the pursuit can be seen here.

Deputies activated their lights and sirens near Flagler Palm Coast High School (FPCHS) when they first spotted the truck traveling westbound. Stop sticks were activated in front of the FCSO office, taking out three of the tires. Hendricks kept driving, crossing U.S. 1 onto S.R. 11 and throwing items first out the window and then from the truck bed. The truck came to a stop on the side of the road and Hendricks and Pecor were searched, secured, and put in separate cars.

Hendricks told deputies he got the truck from a man in Jacksonville. He didn't want to give the man's name because he was 'scared.'

When deputies searched the truck, they found a loaded semiautomatic handgun, containing five rounds, with one in the chamber. They also found various drug paraphernalia: a straw and a container with white powdery residue, another straw with white crystalline residue.

“This was a wild and one of the most bizarre chases I have seen in my career,” said Sheriff Rick Staly. “These dirtbags, with their long criminal histories, thought it was a good idea to throw tools at our deputies and flee rather than surrender peacefully. Maybe they have watched too much TV and were making a movie. They did. One that a judge will see! Thankfully none of our deputies or anyone else was hurt by their actions. If you assault a Deputy Sheriff and flee we will get you and you will still go to jail but with a lot more charges. In this case, their flight ended at the Green Roof Inn.”