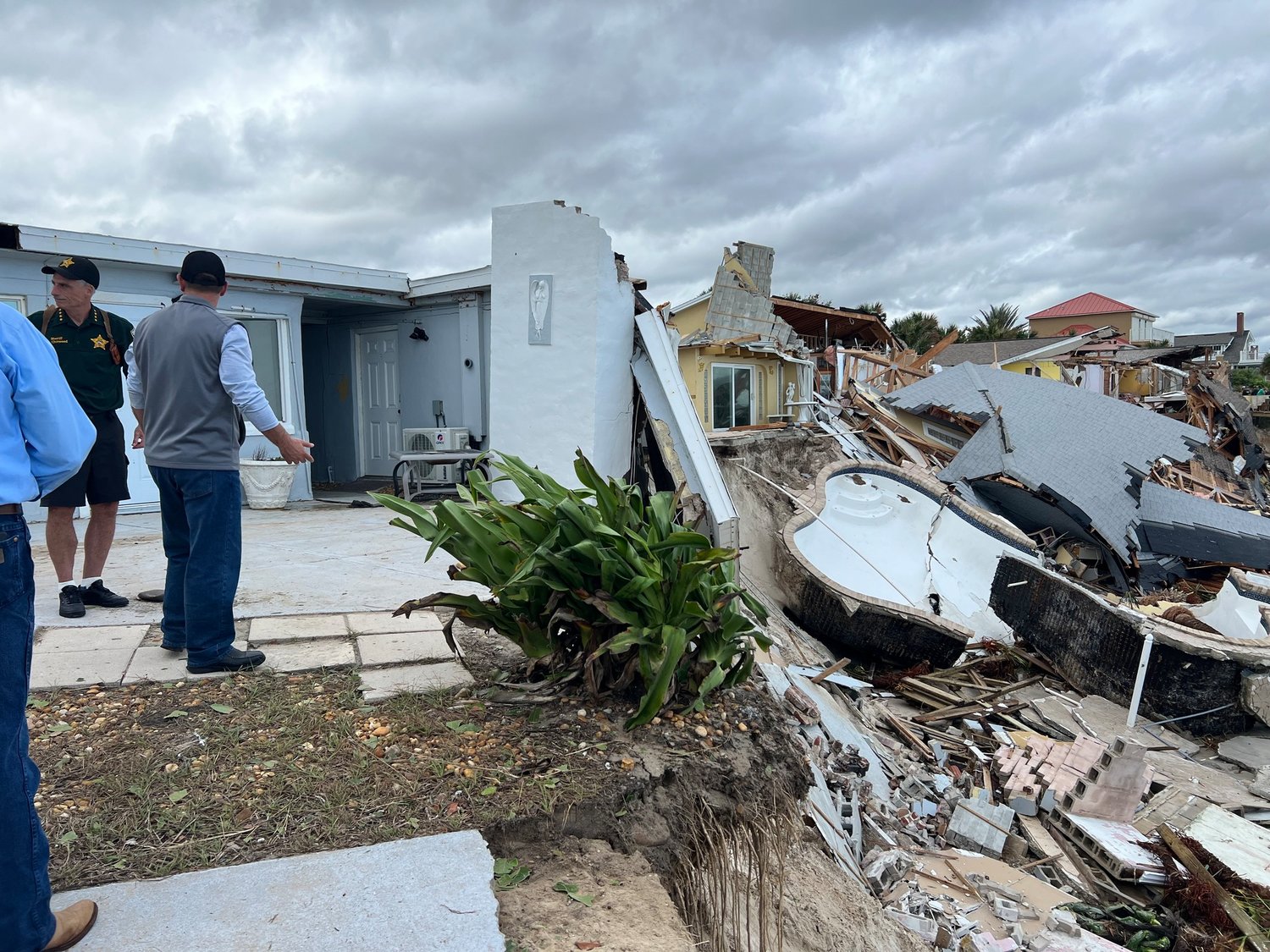 Initial damage reports from Hurricane Nicole have put the bills in Volusia and Flagler County at over half a billion dollars, with most of that coming from Volusia. Both counties' coastal areas were impacted heavily by Nicole, with several structures deemed uninhabitable and large sections of road and infrastructure wiped out.

Volusia County is looking at $481 million in damage from Nicole, on top of the $377 million in damages caused by Hurricane Ian. Out of this $481 million figure, $370 million is estimated to come from Daytona Beach Shores, the region most heavily battered. Massive condos teeter on the edge of cliffs thanks to the drastic dune erosion, and many buliding, walkways and pavillions have collapsed entirely.

A little over $100 more can be attributed to Daytona Beach and New Smyrna Beach, each of which came in at just over $50 million. Wilbur-by-the-Sea, located between Daytona Beach Shores and Ponce Inlet beachside, was hit to the tune of two and a half dozen homes damaged.

Northward to Flagler Beach, huge portions of A1A had collapsed as the dunes they stood on were washed away. Though damage compared to Volusia County was fractional, a massive response was mobilized to restore the roadway, leading to a temporary fix being installed on A1A just four days after Nicole's impact. A1A is now open from top to bottom in Flagler County.

Governor Ron DeSantis visited both counties last week, just days after learning he'd been elected to a second term. Local leaders in government and public safety gave DeSantis a tour and briefed him on the local impact, the second time the Governor has taken such a trip in his last two months in office.