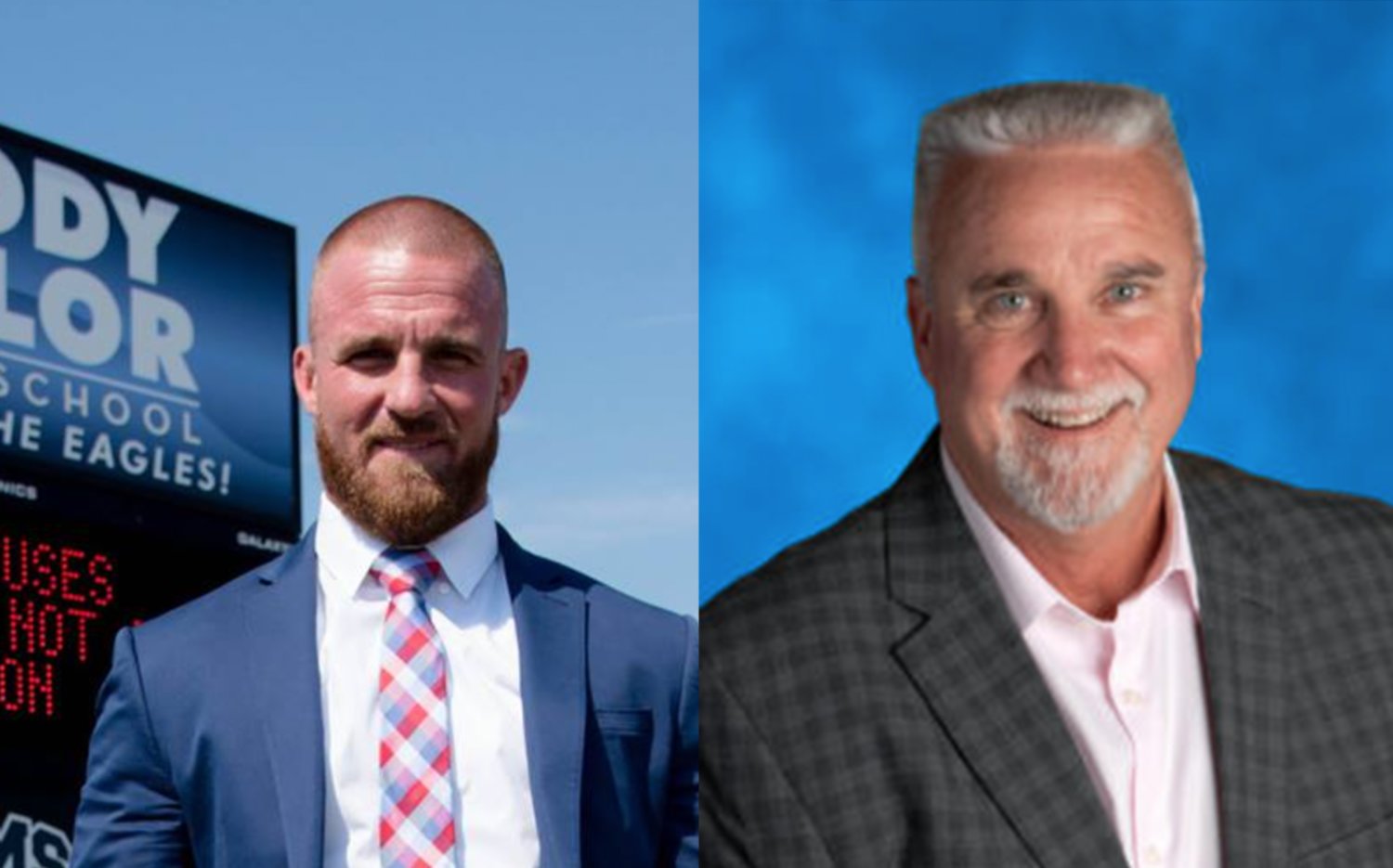 The Flagler school district on Friday announced two new principals for the 2022/23 school year: Bobby Bossardet for Flagler Palm Coast High School and Paul Peacock for Wadsworth Elementary. It follows the announcement just over two weeks ago that the schools’ then-principals, Greg Schwartz and Mary Kate Parton, would be departing.

The district had originally stated that Schwartz and Parton were let go at the decision of Superintendent Cathy Mittelstadt, but would later walk that statement back and announce that the two principals had left of their own volition. Little else was stated as to the nature of their departures.

For Bossardet, it’s his second stint as FPCHS principal. He’d initially filled the role in the interim between the tragic passing of former Principal James T. Russell, and formal successor Schwartz. Since then, he’s served as Assistant Superintendent of Academic Services for the district office. “I have heard the same thing each time we ask teachers, staff, students, and parents,” Superintendent Mittelstadt said of Bossardet’s appointment. “They want someone who knows the culture and climate of FPC. That is exactly what Bobby brings to the table. He has served this district in a variety of roles over the years, but putting him at his alma mater perfectly matches a person’s abilities with the needs of the campus.”

“We have amazing things happening throughout our district and I believe in the vision moving forward,” added Bossardet. “I have gained a whole new level of respect for the men and women working diligently behind the scenes at the district office for remaining focused and continuing to support our core mission of academic success throughout the last few very challenging years. I know exactly what the Bulldog family is capable of accomplishing, and I am extremely excited for the opportunity to return to FPC to help re-establish the standard for what Flagler Schools is all about.”

On the Wadsworth Elementary side of things, its new principal will also be making the journey over from the district office. Peacock has prior experience in administration at Indian Trails Middle School, and has more recently been the Chief of Operational Services for the district. “Paul’s passion for the students is apparent to anyone who has seen him on our campuses,” Mittelstadt said of Peacock. “His years of leading Indian Trails Middle School and his vision for excellence will translate well at Wadsworth Elementary. He has shown the value of getting students, teachers, staff, and parents involved and how that creates a winning culture.”

Peacock added: “I am excited to return to a campus where I can have that daily interaction with the students. They are why we do what we do.”