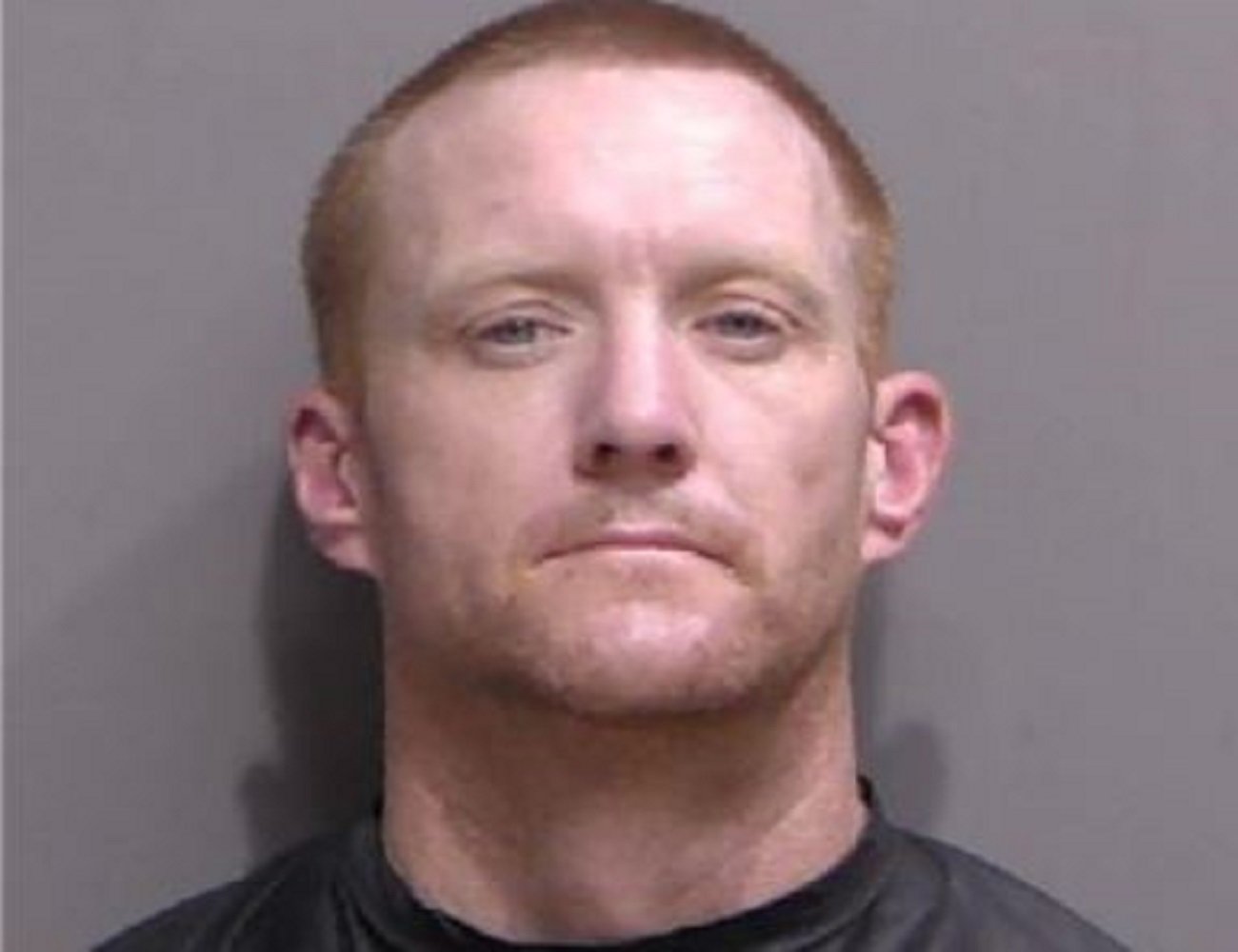 Bunnell, FL - A turn onto County Road 55 in Flagler County was a wrong turn for 39-year-old Scott Watkins Sunday (October 3) afternoon. He was trying to evade Flagler County Sheriff's Office (FCSO) deputies. The road is a dead end. When Watkins made a u-turn to get away, he rammed into the front bumper area of a fully marked patrol car. Deputies on-scene said Watkins did not appear to hit the brakes prior to crashing into the car.

Fugitive Arrested After Attempting To Flee

Watkins, whose driver's license was canceled indefinitely just last week on September 27, was also driving a black Camaro registered to him with a tag that expired last November. FCSO received a notification about Watkins and the car around 3 p.m. making contact with him on S.R. 100 near Water Oak Rd.  The deputy activated the lights to conduct a traffic stop but Watkins kept going, that is, until he hit a patrol car head-on.

Deputies say once the car was stopped, Watkins was cooperative, telling them that they'd find syringes in the center console and that there were pills and meth in the driver's side door. During questioning, Watkins advised he was aware of the attempt to stop his vehicle
and that he was planning to throw narcotics out the passenger window so deputies couldn’t see them.

“This guy is a multi-county offender but made the mistake of coming to Flagler County,” Sheriff Rick Staly said. “This guy is a danger on the roadways and has no place being behind the wheel of a vehicle. He tried to flee from our deputies and then carelessly crashed into a patrol car. Fortunately, no one was hurt but he earned a one-way ride to the Green Roof Inn.”

Watkins was arrested and transported to the Sheriff Perry Hall Inmate Detention Facility. He was arrested for Driving While License Suspended, Flee and Elude Law Enforcement with Lights and Sirens, Possession of Methamphetamines, Possession of Drug Paraphernalia, Possession of Hydromorphones,
Reckless Driving, and Out of County Arrest Warrant. He’s being held on a $12,000 bond.