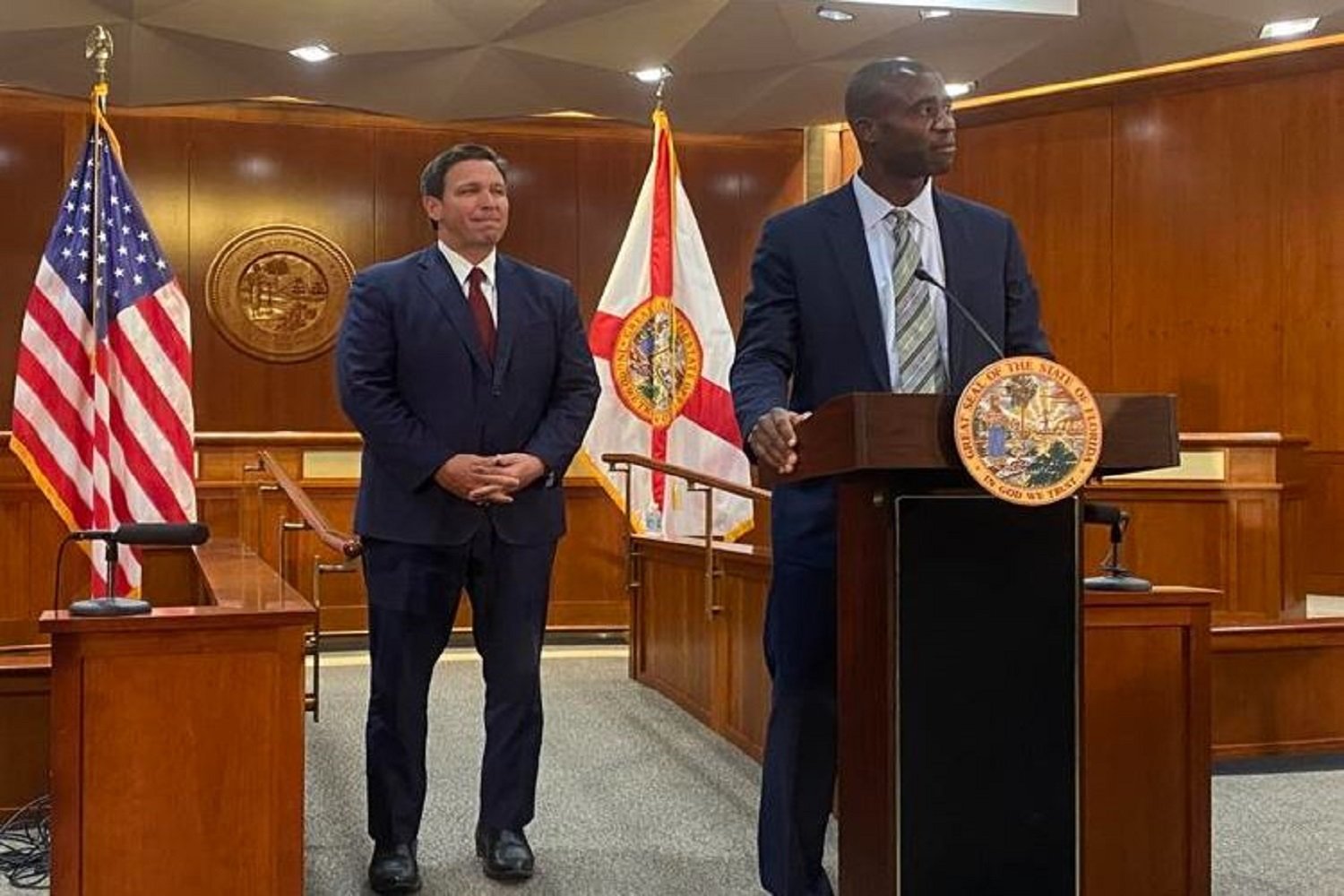 Tallahassee, FL - Florida Surgeon General Joseph Ladapo on Tuesday defended his decision not to wear a mask when attempting to meet with a state senator who told him she had a serious medical condition, saying he cannot communicate clearly “when half of my face is covered.”

Ladapo, an appointee of Gov. Ron DeSantis, has come under fire after Sen. Tina Polsky said he refused to put on a mask when he and two aides arrived in the waiting area of her office to discuss his pending Senate confirmation.

Polsky, D-Boca Raton, told Ladapo she had a serious medical condition --- later announced as breast cancer --- and requested he and the aides wear masks during the meeting as a COVID-19 precaution.

Ladapo's rejection of the request drew a rebuke from Senate President Wilton Simpson, R0Trilby, after the incident was first reported Saturday by the Florida Politics website. In a memo, Simpson did not use Ladapo's name but called the encounter "unprofessional."

On Tuesday, Ladapo released a statement that said he respects “all individuals” and wouldn’t “knowingly disrespect anyone,” and said Polsky “had every right to implement any safety protocols she wanted in her office.”

However, Ladapo noted he offered suggestions about how to continue the meeting.

“I attempted in good faith to find some way for us to communicate that would respect each of our preferences,” Ladapo said. “Having a conversation with someone while wearing a mask is not something I find productive, especially when other options exist. It is important to me to communicate clearly and effectively with people. I can’t do that when half of my face is covered.”

Ladapo confirmed that he requested an outdoor meeting, which Polsky declined.

"I even offered to sit outside her office in the hallway." Ladapo said. "Unfortunately, she did not consider any of these options to be satisfactory."

Ladapo, appointed in September as surgeon general and secretary of the Department of Health, has drawn controversy because of his views on COVID-19 issues.

Polsky, who made appearances Monday on a cable news show, called the encounter “uncomfortable” and a “negotiation.”

“I think he was really just trying to have fun with me, as he said later on when he left the office and kind of pushed my buttons,” Polsky told CNN anchor Ana Cabrera. “And I was really frustrated that he wasn't respecting my wishes. As I said, I've never had a problem before. And I don't understand why, as a doctor himself, as the current top medical professional in a state, he wouldn't respect my wishes. And that's what it really is about, a matter of respect. It's not a lot to ask to wear a mask for 10, 15 minutes in an enclosed space in my office.”

Polsky, who said she is beginning radiation treatment on Wednesday, added while on MSNBC that DeSantis should withdraw Ladapo’s appointment.

“This man is not fit to serve as a surgeon general,” Polsky said on MSNBC. “He certainly didn't care about my health. So, I don't know how he's going to care about the public health of 21 million Floridians.”

If Ladapo’s confirmation isn’t taken up in the 2022 legislative session, which starts in January, he can still go through the process in 2023. Florida law allows two legislative sessions to expire before an agency secretary who hasn’t been confirmed must step down.