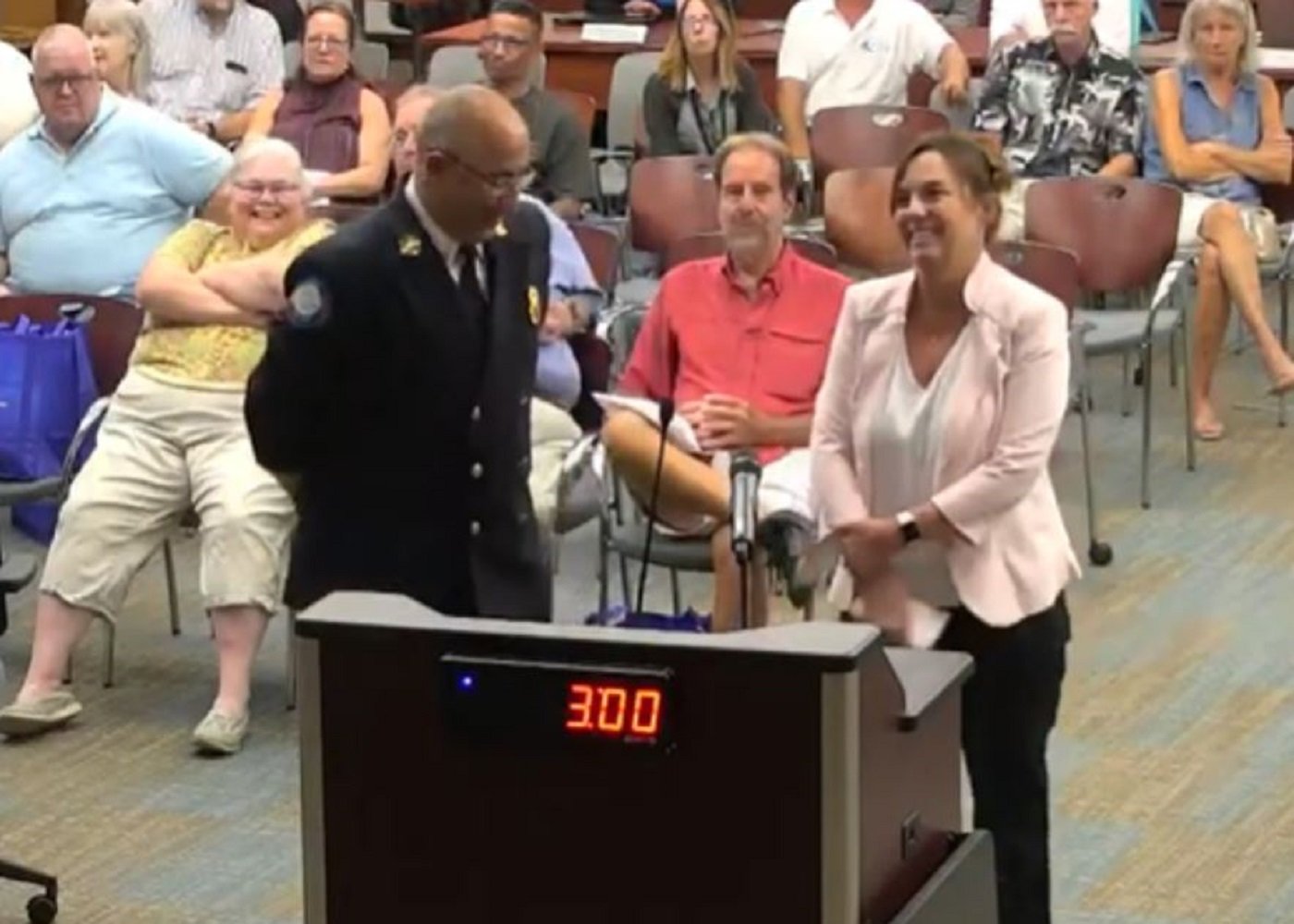 As soon as Bevan's contract as Interim City Manager is finalized, which could be as soon as the end of this week, Morton's 30-day contractually obligated resignation period is expected to be waived.

From a press release from the city of Palm Coast:

During the council meeting, members of the council asked Palm Coast Fire Chief Jerry Forte for his input on the appointment of Denise Bevan to the interim position. Forte told the council that “When you start looking at the chain of command and who is going to be the next in line, you want somebody that is going to be understanding and have a good ability to work with everybody in the organization and I think what we need now is some calm, some stability, and the ability to take what we’ve got and move forward.” He continued by saying, “When you start considering is Denise Bevan qualified, she is and she is a gap-bridger.”

Acting Mayor Eddie Branquinho then asked Bevan to speak directly on the matter of appointing her to interim City Manager. Bevan said, “I’m here to serve the City of Palm Coast in any capacity necessary. I would ask to better understand the terms and to work with each council member and our amazing team on what that looks like. With that, thank you, and yes.”