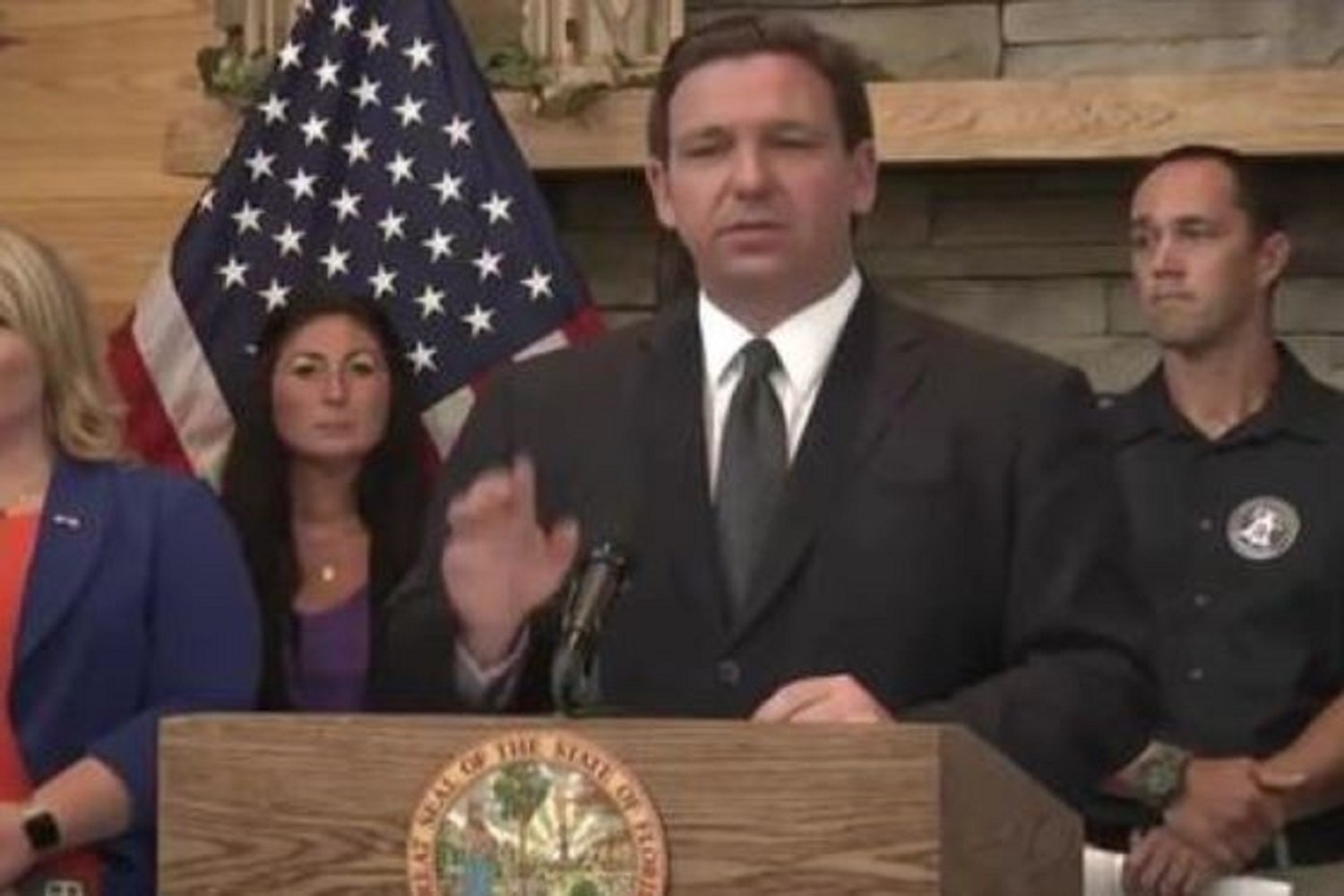 Tallahassee, FL - Gov. Ron DeSantis said Monday that Florida will fight local and federal COVID-19 vaccination mandates for public and private workers, warning that such requirements will have a “huge impact” on public safety.

Appearing in Alachua County with two Republican state Cabinet members and individuals espousing anti-vaccination theories, DeSantis said that vaccination requirements would force “into destitution” first responders who worked for more than a year protecting people amid the coronavirus pandemic.

“These mandates are overreaches and they will be very destructive for a lot of really, really good people,” DeSantis said during Monday’s event at the Clark Plantation in Newberry.

The event focused on a vaccination requirement adopted by the Gainesville city commission as well as directives issued by President Joe Biden requiring vaccinations for some public and private employees.

DeSantis suggested he could combat the local vaccination requirements through a new state law that gives him the power to invalidate local emergency measures adopted in response to public health disasters. The law includes fines of up to $5,000 per violation.

Under DeSantis’ leadership, the state has used the law to contest “vaccine passport” requirements for cruise ship passengers and to fight local school districts’ mask requirements for students.

“We're going to be helping out here with the government issue, with the authority that we have, but then also with the Biden mandate,” DeSantis added. “You know, it's beyond just the mandate. What they've been doing throughout all of COVID, they go back and find some statute from decades ago, they find some obscure regulation, and then they take that as a pretext to be able to do ridiculous, unforeseen expansions of government power.”

DeSantis, who said people shouldn’t be “coerced” into taking the vaccination, was joined by several city and county workers who alleged that the COVID-19 vaccine “changes your RNA” and complained that they were being forced into a “fate that will be far worse than contracting and recovering from” the virus. The federal Centers for Disease Control and Prevention disputes such claims.

DeSantis, who last week brushed off speculation he’s setting up the groundwork for a 2024 White House run as “nonsense,” also was flanked by Attorney General Ashley Moody and Chief Financial Officer Jimmy Patronis at Monday’s event, which was announced by the governor’s office but had overtones of a campaign rally.

The Cabinet members joined DeSantis in saying the state will back workers who oppose vaccination requirements that have been imposed by local officials in areas such as Orange and Leon counties as well as Gainesville, where the city commission narrowly voted Aug. 5 to require employees to show proof of vaccination by Oct. 1 or be fired. The requirement comes with medical, disability, and religious exemptions.

More than 200 Gainesville employees --- including police and firefighters --- have filed a lawsuit alleging the vaccination mandate violates the state's prohibition against so-called vaccine passports. Moody filed a brief Monday in support of Gainesville workers challenging the mandate.

“We've seen a lot of egregious examples where politicians across our country thought they had a lot more power than they actually did, locking people in their homes, keeping them from participating in religious ceremonies and worship. Unacceptable,” Moody said Monday. “They did not have the power. Courts agreed with that. And now you have city officials saying they're going to fire employees if they don't take a vaccine. It is unlawful. It is directly contradicting Florida law.”

“In a public health emergency, clarity of information remains critical,” Long said in a prepared statement. “This is why it is necessary that I clarify that vaccinations as a condition of employment in Leon County are legal and will remain in effect. We will continue to act responsibly to ensure our operational readiness to respond to the needs of our community and to keep our employees safe.”

According to the Florida Department of Health, the virus has claimed the lives of nearly 49,000 Floridians since March 2020, with 2,448 deaths added last week.

“What state is the governor of? Because Florida is currently leading the nation in average daily COVID deaths and his response is to spread vaccine conspiracies to guarantee we keep our #1 ranking. God save us,” Gelber tweeted.

On Friday, Biden expressed disappointment in DeSantis and other Republican governors who have criticized White House directives requiring COVID-19 vaccinations and tests for large numbers of public and private workers, including certain education workers.

Biden’s plan, in part, will require vaccinations for workers at health facilities that are part of the Medicare and Medicaid programs, executive branch workers, and contractors doing business with the federal government.

Biden also is directing the Department of Labor’s Occupational Safety and Health Administration to develop a rule requiring vaccinations or weekly tests for people at all employers with 100 or more workers.

But Patronis said Monday the vaccination requirements are being issued by “the same people that brought us Obamacare.”

“So, let's recognize this is nothing more than big government health care part 2.0,” he added.