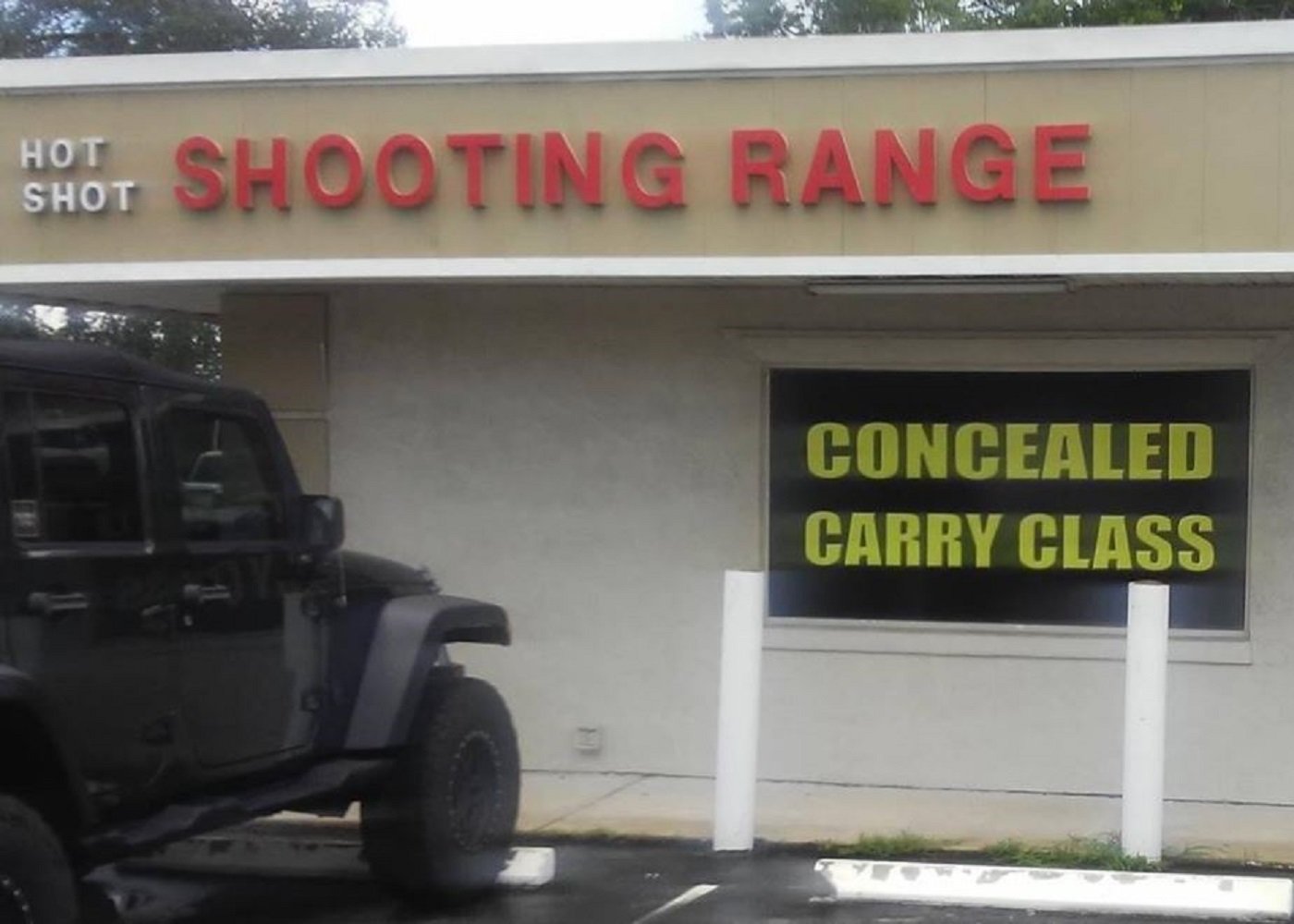 UPDATE:  The couple involved in the shooting are identified as Ayadilis Chalas and Alec Almanzar.  HHPD said the video shows Almanzar "placed the firearm against Chalas' left temple and fired a single round into the side of Chalas' head.  The round went through Chalas' head and then entered into the right side of Almanzar's head."

Almanzar was still conscious when paramedics arrived.  He was transported to Halifax Health and underwent emergency surgery and is sedated at this time.
The video surveillance shows that both Chalas and Almanzar attempted to end their lives together with one single shot of the firearm.

Holly Hill, FL - A fatal shooting at the Hot Shot Shooting Range is under investigation by the Holly Hill Police Department (HHPD). Officers responded at 5:29 p.m. today (October 7) to the business on Nova Rd. for a person shot call. They found the female victim deceased in the shooting range and a man that had sustained a gunshot wound to his head.  He was transported to Halifax Health in serious condition.

HHPD Public Information Officer Chris Yates says that the shooting is in the preliminary stages of investigation. Security video inside the range shows the two victims arriving together then renting a firearm and a firing lane. In the firing lane, the video shows them standing together. At this time, Yates said it "appears to be a mutually agreed upon suicide pact between the two individuals."

Yates said no further details are being released at this time, including the victims names and that all  parties involved in this incident are accounted for.

Teens Found In Stolen Car With 60 Grams Of Marijuana

Local News
VCSD And VUE Reach Bargaining Agreement
DeLand, FL - The bargaining process between the Volusia County School District (VCSD) and Volusia United Educators (VUE) has come to a conclusion after months of sessions. Superintendent Dr. Fritz …
Several Churches In DeLand Vandalized
DeLand, FL - DeLand Police (DPD) are investigating the vandalism of several churches across the city. The crimes happened over the Thanksgiving holiday, between November 25 and 27. The …
FHP Investigating I-4 Shooting
Deltona, FL - Florida Highway Patrol (FHP) is investigating a shooting that happened on I-4 early Saturday morning. They were alerted to the incident by Halifax Security when a 21-year-old man was …

Flagler Man Sentenced For Selling Drugs Leading To An Overdose Death
Bunnell, FL - A 35-year-old Flagler County man is sentenced to 20 years in state prison for the death of 33-year-old Chelsea Price that occurred on August 11, 2020.  Michael McIntyre pleaded …

Teens Found In Stolen Car With 60 Grams Of Marijuana
Palm Coast, FL - A trio of teens end up in custody after crashing their stolen car into a Flagler County Sheriff’s Office patrol car. And that’s on top of the 60 grams of marijuana …