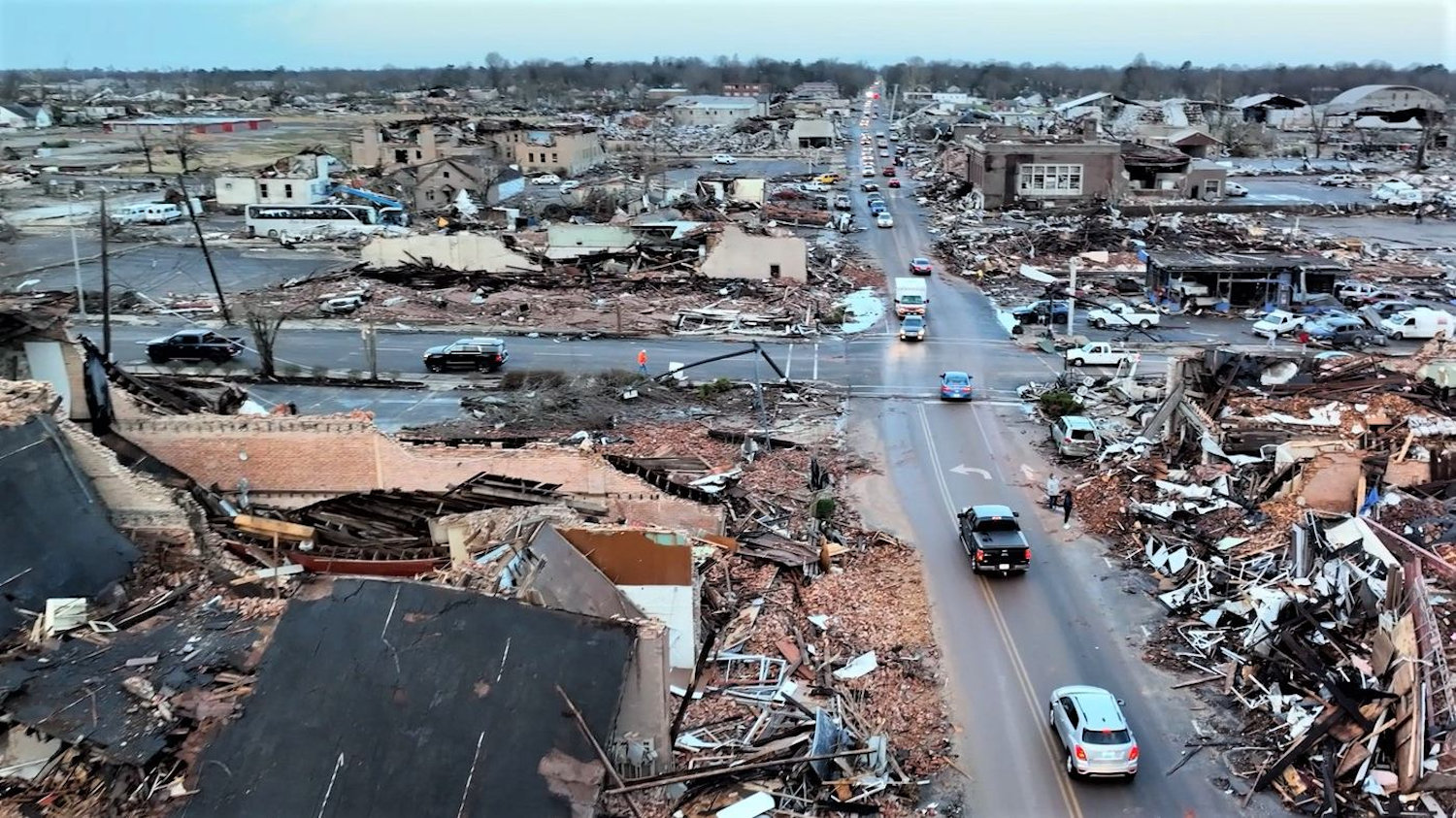 Daytona Beach, FL - A local organization managed to raise $11,000 for 22 families in tornado-battered parts of Kentucky. And that same organization is happy to announce that they’ve already secured enough money for another 22 families.

The Jewish Federation of Volusia & Flagler Counties announced plans to raise funds for those affected by the tornado outbreak in Mayfield, Kentucky at the beginning of the year. Just two weeks into the year, Jewish Federation President Marvin Millers says they have enough money to send $500 to 22 families in need. Raising the funds wasn’t the major issue, though. The real challenge was finding a way to disburse the money.

The initial plan was to work with local churches in the Mayfield area to disburse the money. But when the Jewish Federation went searching, they found that 11 local churches had been taken out of commission by the storms. The same for the local police department. They managed to make contact with a 12th church, but they weren’t able to send any names.

Thankfully, Miller managed to get in contact with the Graves County Sheriff’s Office (GCSO) and Sheriff Jon Hayden himself. When he got those 22 names, he learned the true scope of the devastation experienced in Kentucky.

As soon as the federation got the names, they immediately wrote out 22 checks for $500. Those checks were sent out on Friday via priority mail and should arrive in Kentucky sometime soon. Once those checks are received they’ll be disbursed by the GCSO. And the giving won’t stop there. Miller said the Jewish Federation has already raised another $11,000, meaning another 22 families will soon get a check from their friends down south.

“44 families in Mayfield will be getting $500 checks from a little Jewish Federation in Ormond Beach because of our fundraising,” said Miller.

All Miller asked in return from Sheriff Hayden was pictures of the families once they’ve received their checks, so he knows they got the checks and so he can see the change it brings to their situation.

If you’re hoping to help the Jewish Federation make a third round of checks, they are still accepting donations. Donations can be made by check and mailed or dropped off at the office located on Andalusia Avenue in Ormond Beach. You can also donate online through MightyCause.com. If you have questions about donating or even volunteering, call 386-672-0294.