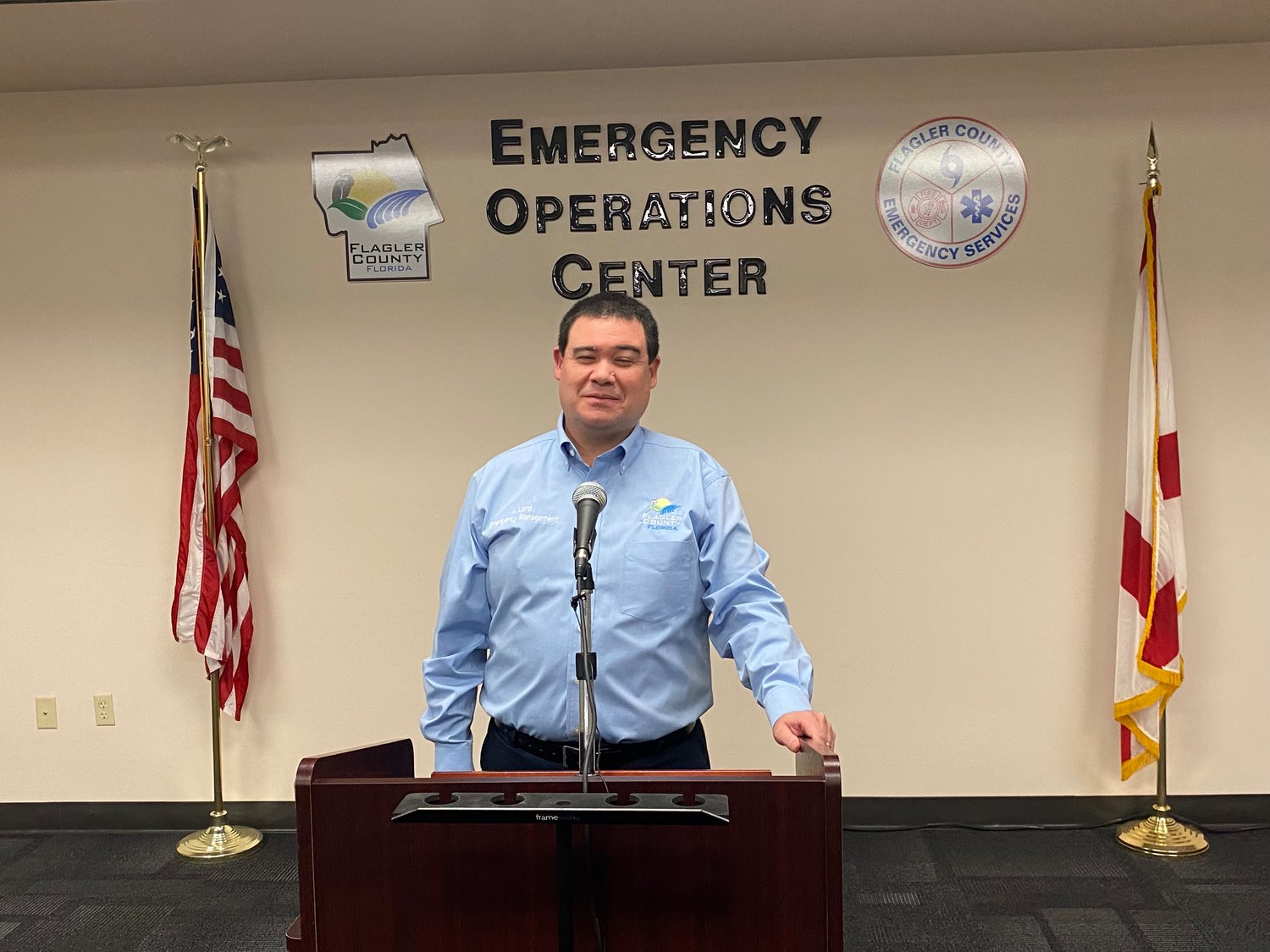 A news conference on Tuesday afternoon by government leaders in Flagler County made clear to residents that residents of several key areas could expect an evacuation order some time Wednesday morning. Emergency Management Director Jonathan Lord confirmed what had already been hinted at by the county press office in an earlier email.

Also told to prepare to evacuate by Lord were residents of mobile homes and RVs. Zone A and Zone B were instructed to be ready to leave tonight; the former includes Flagler Beach and Marineland west of the intracoastal waterway, the latter includes the Bulow living area east of John Anderson Highway, and the Palm Drive and Lambert Avenue neighborhoods near the intracoastal. Zone F was also included, encompassing Daytona North/The Mondex, and the areas around Crescent Lake and Dead Lake. 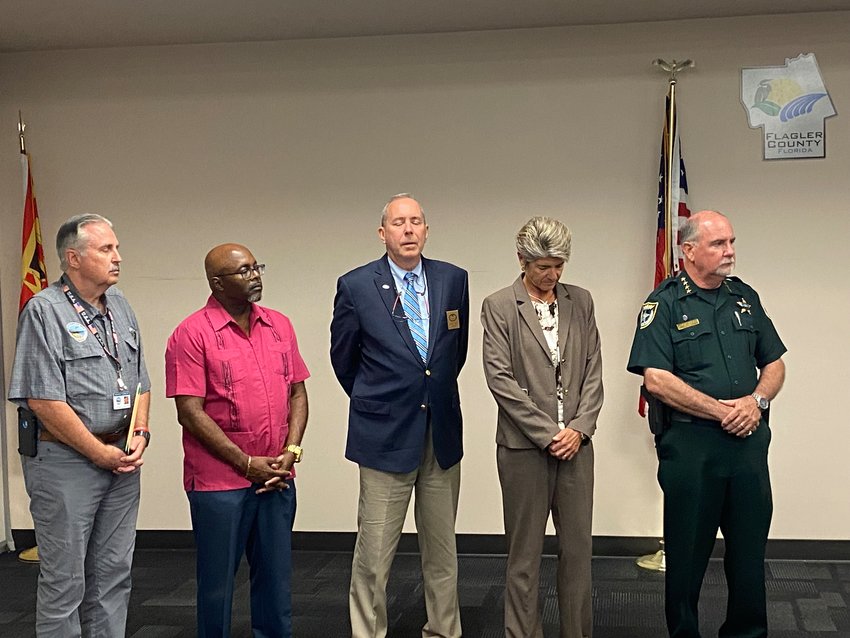 Sheriff Rick Staly reminded the community that Flagler Sheriff’s deputies would be working around the clock and slyly offered accommodations at the county jail should criminals try to capitalize on the situation.

Mayor David Alfin spoke on behalf of the City of Palm Coast, thanking emergency workers for their vigilance and community members for helping one another. City Managers William Whitson and Alvin Jackson spoke for Flagler Beach and Bunnell respectively. Whitson stated that officials would try and keep the bridge open as long as possible but that winds over 45 mph would keep it closed. Jackson encouraged residents to stay sheltered indoors.

Superintendent Cathy Mittelstadt spoke to reiterate an earlier directive from the district office closing schools through the end of the week. She reminded the community that Bunnell Elementary School would be open as a general shelter and Rymfire Elementary as a special needs shelter, but implored residents not to head there until after they were told to evacuate.

Lord closed the meeting by cautioning about the possibility of tornado activity, but adding that winds likely would be Category 1 hurricane-caliber or lower in Flagler County. He assured residents that power restoration would be a priority and that his office would remain in contact with Florida Power & Light.