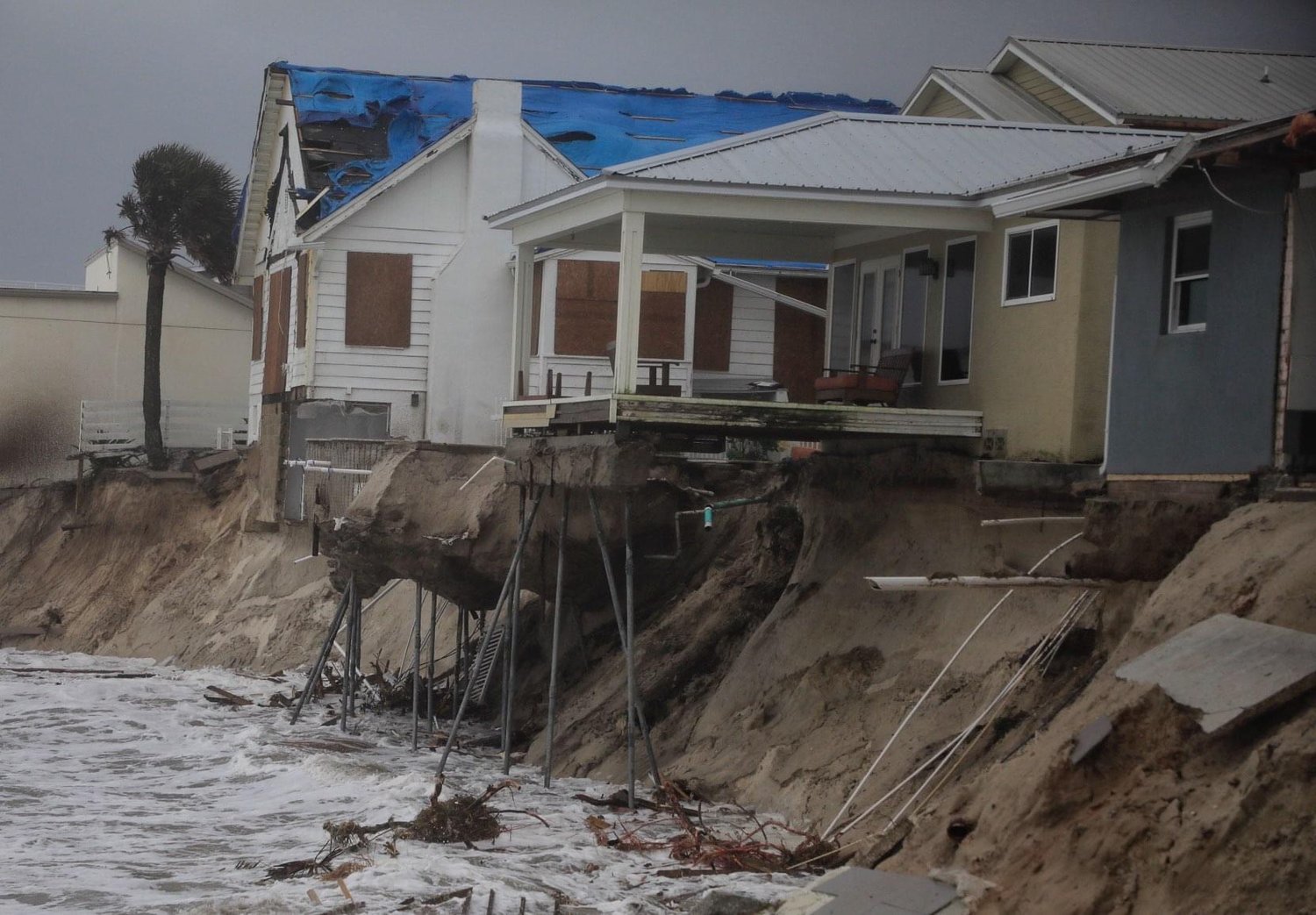 Huge swaths of Volusia County's coastline are experiencing extreme erosion due to the effects of Hurricane Nicole overnight Wednesday and Thursday. Several buildings have been deemed unsafe, and untold amounts of sand have been washed away from the beaches.

Bridges across the county have been inspected by law enforcement, with some beginning to open up to the public. All bridges were closed late Wednesday night to the public, with only emergency personnel allowed over. A curfew was put in place for Volusia east of the intracoastal waterway on Wednesday, which will extend until 7:00 am Friday.

Daytona Beach Shores was hit particularly hard before Nicole even made landfall; a huge portion of solid ground on the beach has been eroded away entirely. In New Smyrna Beach many structures are severely threatened or ruined by the damage.

As with much of Central Florida, the damages of Hurricane Nicole are exacerbated by the impacts of September's Hurricane Ian, which left much of the state's coastal defense systems weakened.