Fly For Your Life: An Assessment Of Medical Helicopter Risks 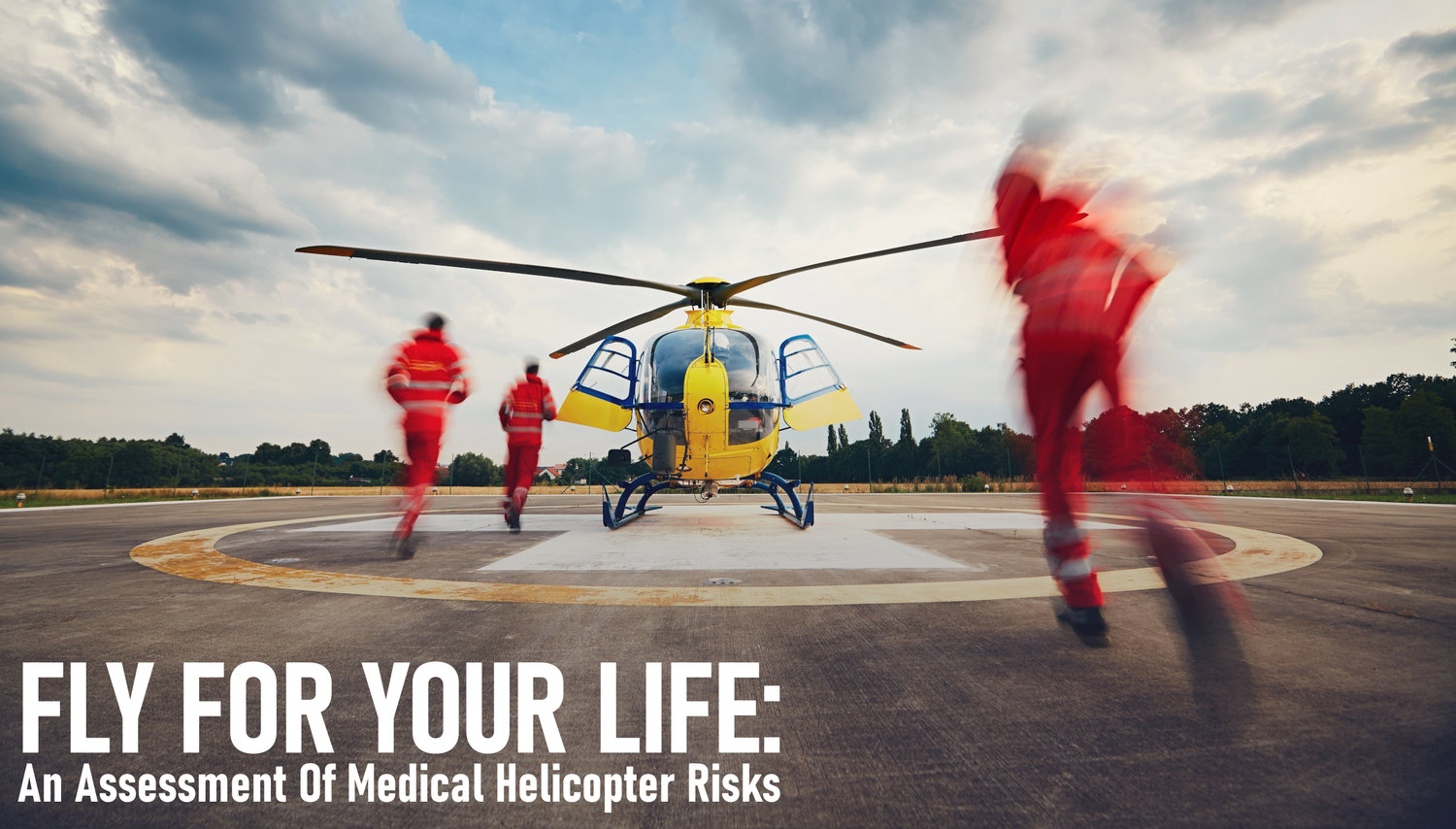 Medical helicopters are an essential tool with the ability to quickly transport patients to a hospital, a necessity for those in need of emergency medical care.

But, in order to make this possible, helicopter emergency medical service—or HEMS—pilots often have to fly into unpredictable situations, over rough terrain, and sometimes in bad weather. A 2009 analysis from the National Transportation Safety Board (NTSB) found HEMS flights are involved in twice the number of fatal accidents per 100,000 flight hours.

It goes without saying that flying in unpredictable situations is a risk to pilots, not just those who operate medical helicopters. But, a study, conducted by Richard Simonson—a Ph.D. candidate at Embry-Riddle Aeronautical University (ERAU)—along with faculty mentors Joseph Keebler and Alex Chaparro, instead aims to raise awareness of the heightened risks faced by helicopter EMS.

“As with any form of transportation, there’s always risks for something going wrong,” said Simonson.

With their inherent risk in mind, Simonson, Keebler, and Chaparro worked to identify the specific HEMS crash scenarios associated with an increased likelihood of fatalities. The research, published on July 1 by the journal, Aviation Medicine and Human Performance, looks at accident records over a 35-year period from 1983 to 2018. In that period, they found that flying at night, under Instrument Meteorological Conditions (IMC), and post-crash fires are all associated with a higher likelihood of a fatality.

When a helicopter is dispatched to, for example, the scene of a crash, they have to fly into the same kinds of conditions that may have caused the car accident; whether it’s rough weather or night-time flying conditions. But despite these dangerous conditions, medical helicopters are allowed to fly with a single pilot on board, unlike many other types of commercial aviation that require two pilots on every flight.

“It’s rare for a two-pilot setup to happen,” said Simonson. “I can’t comment on every HEMS flight that occurs. But, every helicopter flight accident that occurred within our data set was a single pilot flight.”

Locally, the Volusia Sheriff’s Office (VSO) operates the Special Operations Section Aviation Unit, which is better known as “Air One,” the callsign of the helicopter. Air One—which is actually composed of three helicopters—operates 24 hours a day, 7 days a week, 365 days a year in support of not only the sheriff’s office, but all local law enforcement, fire, and emergency medical service organizations in Volusia County.

That also includes mutual aid in support of organizations inside and outside the county, such as the U.S. Coast Guard and Flagler County. According to the sheriff’s office, even with that heavy workload, Air One helicopters are staffed by just two people, the pilot and a tactical flight officer who also serves as the flight paramedic.

One example used in Simonson’s study is a 1996 accident documented by the NTSB that featured all of the most common elements of fatal HEMS accidents. The flight in question involved a two-person helicopter crew that was attempting to fly an injured hunter from a field in Jerusalem, New York to a hospital 40 miles away.

The accident, which killed everyone on board, happened at night, with a single pilot and a patient on board, under instrument meteorological conditions, resulting in a post-crash fire.

Research from the group suggests that it may be time to re-evaluate HEMS safety measures, particularly since the use of helicopters in emergency transport has increased over the past few decades, according to Keebler. Adding on to that, Chaparro said it might be time for dispatchers and pilots to decide when exactly a helicopter flight is a priority, as in some cases a helicopter flight may not be needed.

“Not every patient needs to be transported from an accident site via helicopter,” said Chaparro.

“I don’t know when it occurred, but they basically stopped telling these helicopter pilots if there was a child involved in the accident because they would rush. And rushing could be disastrous,” added Keebler. “Things like that can actually be very effective in preventing an unsafe flight.”

Using the method known as Bayesian Inference—which utilizes Bayes' theorem to update the probability for a hypothesis—the group found that a helicopter that crashes while flying at night is 3.06 times more likely to suffer a fatality, compared to helicopters flying in the daytime.

If you’re interested in the research carried out by Simonson and his team, you can purchase the full report on Ingenta Connect.

Local News
VCSD And VUE Reach Bargaining Agreement
DeLand, FL - The bargaining process between the Volusia County School District (VCSD) and Volusia United Educators (VUE) has come to a conclusion after months of sessions. Superintendent Dr. Fritz …
Several Churches In DeLand Vandalized
DeLand, FL - DeLand Police (DPD) are investigating the vandalism of several churches across the city. The crimes happened over the Thanksgiving holiday, between November 25 and 27. The …
FHP Investigating I-4 Shooting
Deltona, FL - Florida Highway Patrol (FHP) is investigating a shooting that happened on I-4 early Saturday morning. They were alerted to the incident by Halifax Security when a 21-year-old man was …

Flagler Man Sentenced For Selling Drugs Leading To An Overdose Death
Bunnell, FL - A 35-year-old Flagler County man is sentenced to 20 years in state prison for the death of 33-year-old Chelsea Price that occurred on August 11, 2020.  Michael McIntyre pleaded …

Teens Found In Stolen Car With 60 Grams Of Marijuana
Palm Coast, FL - A trio of teens end up in custody after crashing their stolen car into a Flagler County Sheriff’s Office patrol car. And that’s on top of the 60 grams of marijuana …