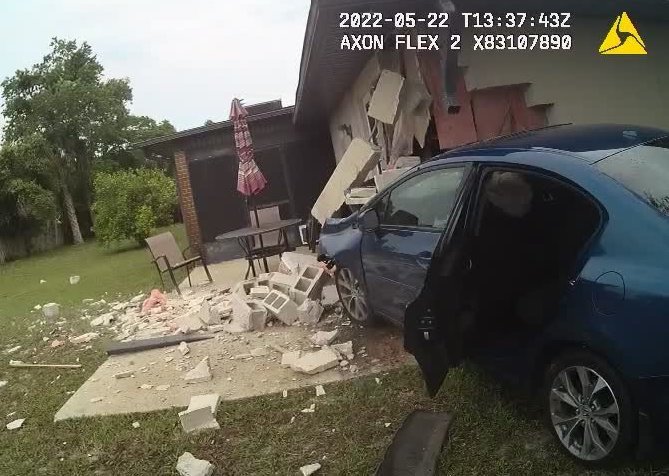 DELTONA - It appears Florida Man's latest stomping grounds are Deltona, and his name this time around is Amador Rodriguez. Early Sunday, Rodriguez reported his car stolen to the police, but it would turn out he knew exactly where it was.

Rodriguez contacted Volusia Sheriff's deputies at around 2:00 am Sunday to report that his blue Honda Civic had been stolen. He told the deputies that his keys and wallet were still in the car. The original story he gave was that he'd left it in his driveway Saturday at 9:00 pm, leaving it unlocked.

The VSO deputies treated it like any other stolen vehicle case, looking up the plates to see if it had popped up nearby. It had travelled to Seminole County on Saturday, before reappearing in Volusia County on Sunday according to the search.

Hours later, VSO deputies received a call about a hit-and-run crash nearby. Just down the street on Normandy Blvd, a blue Honda Civic had been crashed into the corner of a house and left unattended. It would turn out to be Rodriguez's 'missing' Civic. No one was in the house at the time of the crash, but significant damage was caused.

After speaking with Rodriguez more, he admitted to deputies that he'd crashed the car himself, then walked home and reported it stolen. The press release supplied by the VSO listed that Rodriguez had sustained minor injuries from his car's airbag in the crash.

He was arrested and brought to the Volusia County Branch Jail on charges of giving false information to deputies as they investigated a felony, along with leaving the scene of an accident. The bond came out $1,500, which Rodriguez posted shortly thereafter.